Reach Out, You’re Not Alone 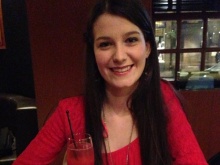 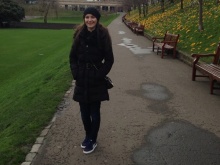 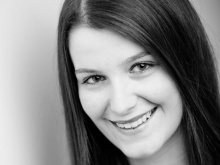 A 22-year-old from Glasgow is concerned there’s a stigma around mental health problems, which can often hamper young people from getting the help they need.

Laura Quinn, who has experienced depression in the past, wants others her age to understand the importance of talking about their problems.

‘At first, I thought I could face it myself, but as my mood sank lower, I no longer wanted to do anything but stay at home where I felt safe,’ explains Laura.

‘The slightest thing seemed an impossible, tiring mission - I just wanted to be the happy, bubbly person I was before, but had no idea how to, which was very frustrating.

‘Thankfully, with the support of my family and by focussing on the positives, I began to improve and could move on to the next day in hope instead of fear.

‘I want people to realise that there are others going through similar issues, so don’t be afraid to speak out.’

With Fixers, Laura and her team have helped to create a poster campaign urging young people with mental health problems not to “hide in a bubble” but tell someone. 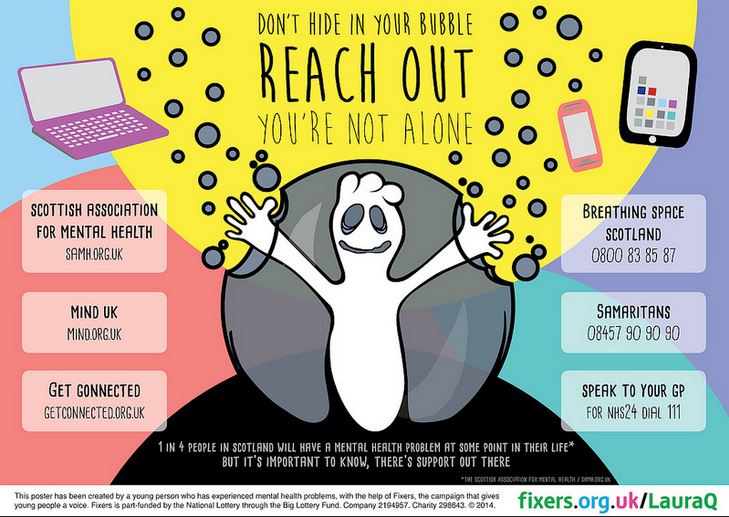 ‘I’m very happy with how it turned out,’ Laura adds.

‘Unless you’ve had a mental health problem, it’s hard to describe the feeling. But depression is a lot like being trapped in a bubble, which is what we tried to show.’

Laura plans to display her posters in public spaces and on social media to raise as much awareness on the issue as possible.

She adds: ‘Initially, we’re looking at train and bus stations, but I also want to share it online because many people with mental health issues, such as depression, are often reluctant to go out, so we want to reach them too.

‘A campaign like this one would have helped me to realise that I wasn’t alone in having these feelings.

‘I hope others can take strength from my own story and know that no matter how hard it gets, they can get through it.’

For more information and help on dealing with mental health issues, visit the Get Connected website.

who are feeling low to talk about their problems. See their story.