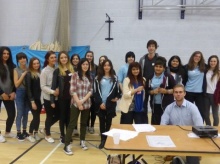 The Safe For Kent Fixers 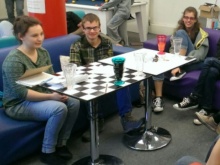 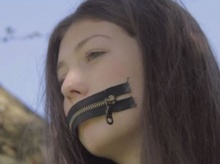 An actress appears with her mouth zipped shut in the film

Encouraging young people to break their silence on mental health, a group from Kent want others to open up and talk about their problems.

They’re concerned that too many of their peers are trying to cope with issues on their own, and are urging them to seek support.

Speaking on behalf of the team, 17-year-old Katrina West explains: ‘There seems to be a lot of stigma surrounding the subject of mental health.

‘It means people either don’t want to talk about it or they don’t think talking about it will help. Our message is that speaking out can improve things.’

The group are also involved in a project called Safe For Kent in Sevenoaks and Maidstone, which raises awareness of mental health issues within local schools.

Most have either experienced a condition or know someone who has.

With Fixers, they’ve helped create a film to raise awareness of mental health among young people.

Four characters are seen with their mouths zipped shut, reflecting their feelings of being unable to talk about their troubles.

Voice-overs are used to explain each individual’s situation, with topics including eating disorders, exam anxiety and self-harm addressed.

The film ends with one of the characters choosing to undo the zip and accept help.

Watch the group’s film ‘Talk about Mental Health: Zipped’ at the top of this page.

‘Literally having a zip over the mouth was our way of showing what it feels like to not be able to talk about something,’ Katrina says.

‘We wanted to put that idea across powerfully.’

The group plan to screen their Fixers film in Sevenoaks town centre on Saturday 11th October between 10am and 3pm - the day after World Mental Health Day.

‘We’ve got a spot on the High Street and as well as playing the film to the public, we’ll have lots of information and interactive activities for passers-by to take part in,’ Katrina adds.

‘Some people can be under the impression that as a young person you don’t have as much to get down about – or they can think that maybe you’re just going through a hormonal stage.

‘But, we want to show that mental health problems are a very real and very serious thing that can happen to anyone.’

For more information and advice on mental health, visit www.mind.org.uk.

Miriam Jarvis knows that seeking help for a mental health condition can be
life-changing. She’s encouraging others not to let their problems boil over.

About Safe For Kent Fixers