Save Our Youth Services 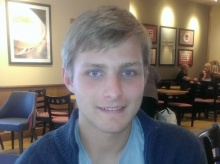 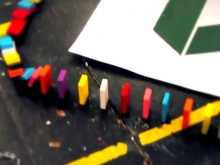 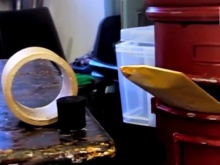 The chain reaction ends with a letter pushed into a postbox

A 17-year-old from Exmouth is taking a stand against cuts to youth services by highlighting the ‘domino effect’ such actions may have.

George Downs hopes to emphasise what he feels will be the impact of scaling back provision, after Devon County Council decided to stop their involvement in 24 of the area’s youth centres, retaining 8 key hubs.

‘Despite that decision having already been made, I hope to encourage the council to think twice before making any further changes to our youth service,’ explains George.

With Fixers, George and his team have helped create a film to demonstrate visually the potential ramifications.

It features a Rube Goldberg machine - a contraption that initiates a complex chain reaction to complete a simple task.

At the start of the film, George pours liquid into a funnel.  The weight of the liquid tips the balance on some home-made scales which goes on to trigger a series of knock-on effects.

The end result is a letter to Devon County Council, dictated by George throughout the film, being pushed into a postbox.

Watch George’s film 'Save Our Youth Services: Feel The Effects' at the top of this page.

‘I think the film is great,’ says George.

‘I’m so grateful to everyone involved as it’s a creative and succinct way to emphasise the plight caused by youth service cuts.’

As well as sharing the film with local authorities, George hopes young people in other parts of the country will be able to use it in their campaigns against cuts.

‘I want senior managers, commissioners and county councillors to watch our film, along with youth workers and young people,’ George adds.

‘I would also like to make it available to national organisations, including the British Youth Council, In Defence of Youth Work, Unite and the National Youth Agency.

‘With my Fixers project, I hope to have emphasised the fact that cuts have consequences.’