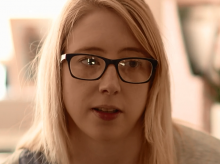 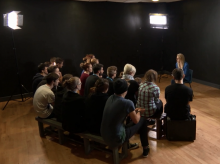 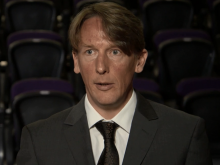 Matt Bowen, Senior Lecturer at the University of Chester

Rachael Johnston from Warrington is tackling the taboo of borderline personality disorder (BPD) by helping others better understand the mental health condition.

Her story will be broadcast on ITV Granada Reports on Thursday 2nd October.

By speaking about her experiences with BPD, Rachael (23) hopes to challenge misconceptions and encourage those struggling to seek help.

Diagnosed when she was 19, she says the illness can often bring on mood swings, paranoia and anxiety.

‘Living with a personality disorder often feels like being in a jail cell,’ explains Rachael.

‘The way I react might sound crazy to others, but I know that I am, at times, a normal 23-year-old.

‘It really gets to me when people say, “Snap out of it!” But it’s not that easy. If it was then I would be able to control my emotions.

‘I’m working with Fixers to try to stamp out the stigma of BPD and show others like myself that they don’t need to be ashamed and hide away.’

In the broadcast piece, Rachael meets a group of college students to explain how the condition can affect people in different ways.

Also featured in the TV item is Matt Bowen, Senior Lecturer in Mental Health and Learning Disabilities at the University of Chester, who talks more about the illness.

He says: ‘Borderline personality disorder is a mental condition characterised by a repeated pattern of difficulties in somebody’s life. These can be in their relationships with other people, which at times, borders on an experience of terror.

'They can also have crushingly low self-esteem and struggle to manage these feelings.’

Speaking about the Fixers campaign, Rachael adds: ‘To be able to get a message out and make a difference is huge, even if it’s just helping that one person.

‘As soon as we start talking more openly about mental health, attitudes will start to change as well.’