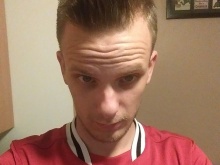 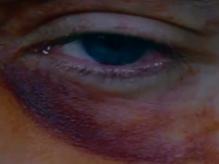 A close-up from the film showing a bruised eye 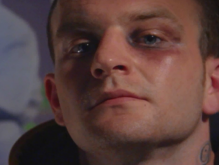 An actor playing the victim of abuse in the Fixers film

A 23-year-old from Cookstown, County Tyrone is dispelling the myth that men are always the aggressors in abusive relationships.

William Hogg wants more people to realise that domestic violence can happen to anyone.

He and his team are encouraging more men to come forward and seek help, without feeling ashamed about their situation.

‘No matter what gender you are, domestic violence is wrong and needs to be dealt with,’ explains William.

‘But many people may not know that it happens to men as well and they shouldn’t be embarrassed to tell someone.

‘I’ve seen how these issues can affect people and finding the right support is a crucial step.’

With the help of Fixers, William and his team have created a film showing what it can be like for male victims of domestic abuse.

Featuring actors, the short piece opens with what viewers assume to be a female victim telling her story, but quickly takes a twist and highlights the assumptions that are often made.

Watch the group’s Fixers film ‘Male Domestic Violence’ at the top of this page.

‘Often men who have gone through this can feel ignored or worried that nobody will take them seriously.

‘Hopefully this film will give those people a voice and they will understand there is no dishonour in speaking out.’

Targeting young people new to relationships, the group wants to take their film into local schools and colleges.

William adds: ‘I think that’s the age when people start to make new friendships and acquaintances, so it’s important that our message reaches them.

‘We know that it can be hard to talk about these issues, especially for men.

‘But if our campaign inspires more people to make that courageous decision to open up, then we’ll have succeeded.’

For more information and support for male victims of domestic abuse, visit the ManKind website.