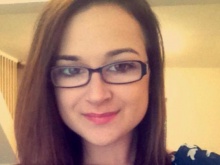 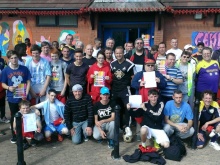 A crowd at the Fixers street football open day 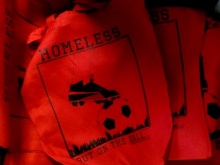 Bags were handed out to participants at the event

Crediting street football with changing her life for the better, Bethan Clayton is using the sport to tackle the stigma attached to homeless young people.

The 19-year-old from Neath in South Wales, and her group of Fixers, helped to organise an open day to showcase the game to members of the local community.

Their aim was to demonstrate that just because a young person doesn’t have a permanent home, doesn’t mean they can’t still be active and able to achieve through sport.

‘I became homeless at 14 and then in March 2013 was introduced to Street Football Wales,’ explains Bethan.

‘It helped me address the things I was going through, and I know it’s making a difference for others too.

‘I want to show this to as many people as I can.’

Around thirty spectators attended the open day at the Gendros Community Centre on Thursday 28th August, including Lee Trundle, an ambassador for Premier League side Swansea City.

As well as watching twelve teams participate in a tournament, there was also a screening of Claire Rogers’ Fixers film ‘Homeless Street Football.’ Click here to watch it.

‘Not just those associated with playing the sport – but also life skills in general.’

With Fixers, Bethan and her team helped design bags and wristbands in advance of the event.

Bearing the slogan ‘Homeless But On The Ball’, the merchandise was handed out on the day to further spread the group’s message.

‘I wanted to provide a setting for young people involved in street football to show the community in Swansea that we are motivated and ambitious,’ adds Bethan.

‘I hope participants will have seen that socially excluded young people in Wales are proactive in making a change.’