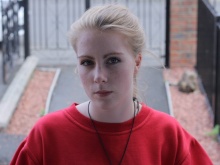 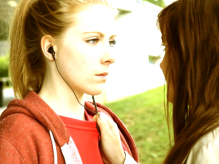 Stephanie in her Fixers film 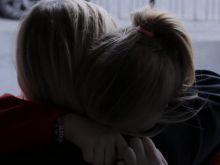 After bullies made her life a misery, Stephanie Allen is urging others with similar experiences to never give up hope.

The 16-year-old from Newcastle says she was subjected to cruel name-calling and physical abuse from her peers at school.

Using her past experiences, Stephanie is inspiring other victims of bullying to seek help, and reminding them that no matter how dark and bad things seem, they can be overcome.

‘Going to school was a struggle,' explains Stephanie.

‘I was petrified to step out the front door, because I knew I'd have to face another day of torment, beating and name-calling.

‘I felt useless, unwanted and unloved, and didn't know why it was happening to me.

‘Thankfully, I got through the difficult times by realising I had a very supportive family.

‘Seeing the pain they were going through, made me determined to get through it.

‘I want bullies to understand the damage they’re doing, while also reassuring others like myself that there is hope. It’s just a question of opening up to someone who cares.’

With Fixers, Stephanie has helped to produce a film, which looks at the deep emotional impact bullying can have.

Loosely based on her own experiences growing up, she plays the role of a young victim, who finally decides to tell someone about her ordeal.

Watch the Fixers film 'It's Not Over' at the top of this page.

‘I absolutely love the film,’ Stephanie says. ‘It actually made me cry when I saw how powerful the message was.

‘I'm extremely proud that all my ideas and difficult experiences have gone into something that could save someone's life.’

As well as sharing her film on social media, Stephanie is keen to take her message around local schools and colleges in Newcastle.

‘Often the experiences you have during school stay with you forever, so it’s important we stamp out bullying at an early age.

‘I wish I’d come across a campaign like this growing up – it would have shown me I wasn’t totally on my own.

‘My message to others like myself is don’t be scared to talk, stay strong and most importantly never give in.’

Fixer Joe Watson says telling a family member about being

bullied turned his life around. Read his story.