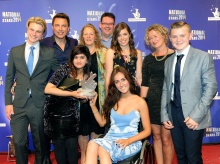 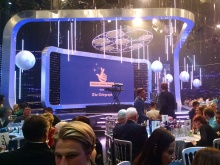 The awards ceremony was held at the world-famous Pinewood Studios 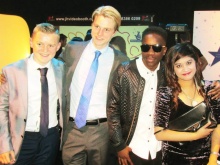 The National Lottery Stars 2014 programme was featured on BBC One on Friday 19th September at 10:45pm.

Watch the trailer at the top of the page to see some of the highlights of the event.

Hosted by TV presenter and actor John Barrowman, the awards ceremony was held at the world-famous Pinewood Studios.

A group of seven Fixers were invited to attend the festivities, which included celebrity guests Pixie Lott, Jade Jagger and Scott Mills, amongst others.

Nineteen-year-old Danny Bowman from Alnwick in Northumberland, who signed up to be a Fixer to raise awareness of body dysmorphic disorder, helped to accept the award.

‘Going to the National Lottery Awards was an incredible experience,’ Danny says.

‘It was amazing to be invited to such a star-studded event and walk the red carpet.’

Sevenoaks Fixer Tamanna Miah, 20, whose campaign is to stop racist bullying, was also thrilled to be part of the ceremony.

‘It was a fantastic night,' she describes. 'My personal highlight had to be going up on stage and being able to hold the trophy for the best charity 2014.’ 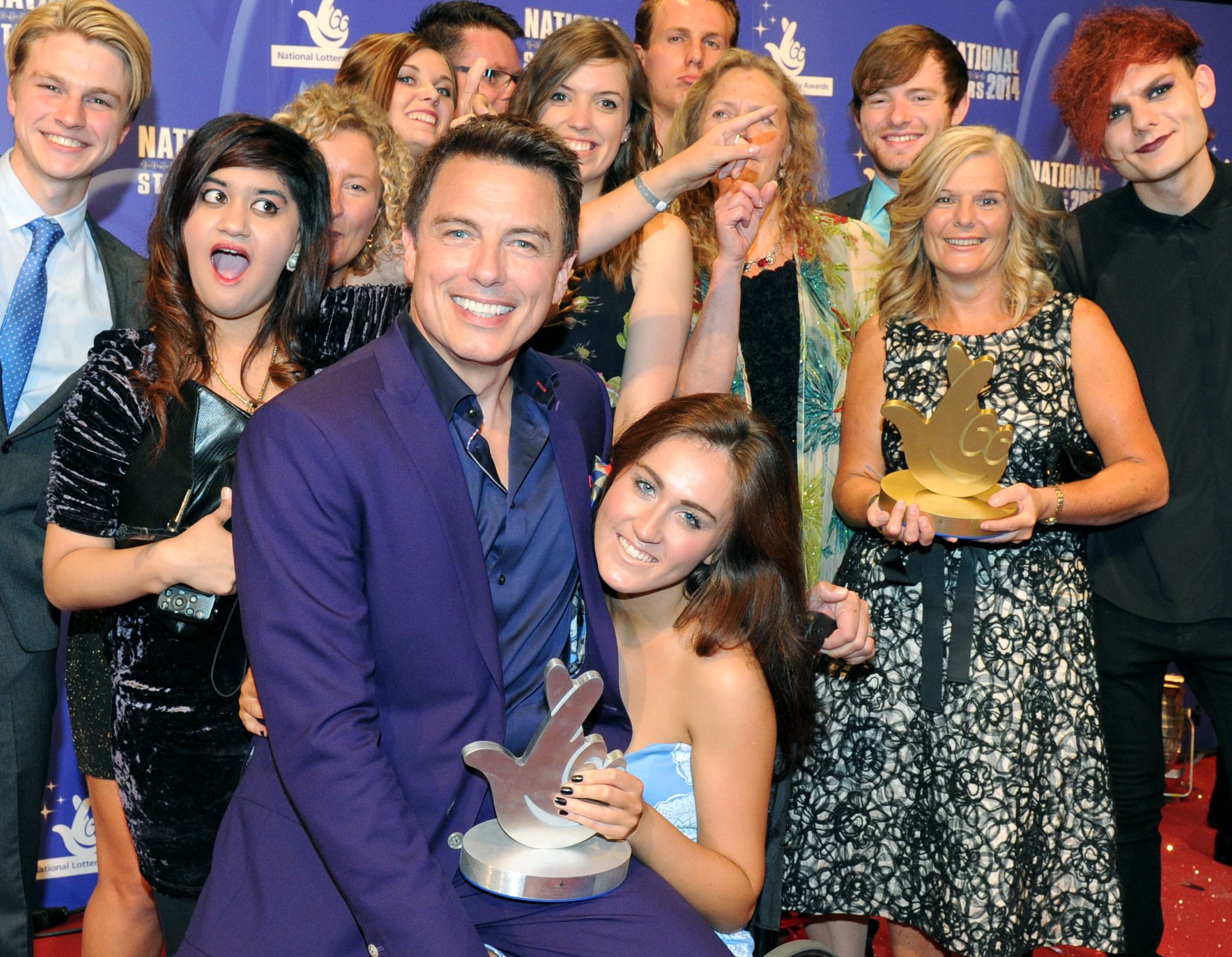 Speaking about the evening, 17-year-old Jordan Caldwell from Carnmoney, Northern Ireland affirms: ‘Going to the National Lottery Awards was the best experience of my life!’

Having struggled with anorexia, Jordan dedicated his Fixers campaign to inspiring others with the condition to speak out.

‘Being a Fixer has given me the confidence boost I needed,’ he explains.

‘The charity Fixers never takes full credit for what they do. They always pass on any praise to the young people and I hope this award credits them with the praise they deserve.’

﻿Also recognised at the event was teenage campaigner Stephen Sutton, who was honoured with a posthumous Special Achievement Award for his inspirational charity work.

Stephen, who lost his three-and-a-half year battle with cancer in May, received the distinction for his National Good Gestures Day campaign, which he ran with the support of Fixers.

The Special Achievement Award celebrates an individual who has made an outstanding contribution to society with the help of Lottery funding.

Comedian Jason Manford narrated a poignant tribute to Stephen, while the award itself was presented by host John Barrowman to Stephen’s mum Jane Sutton and brother Chris. 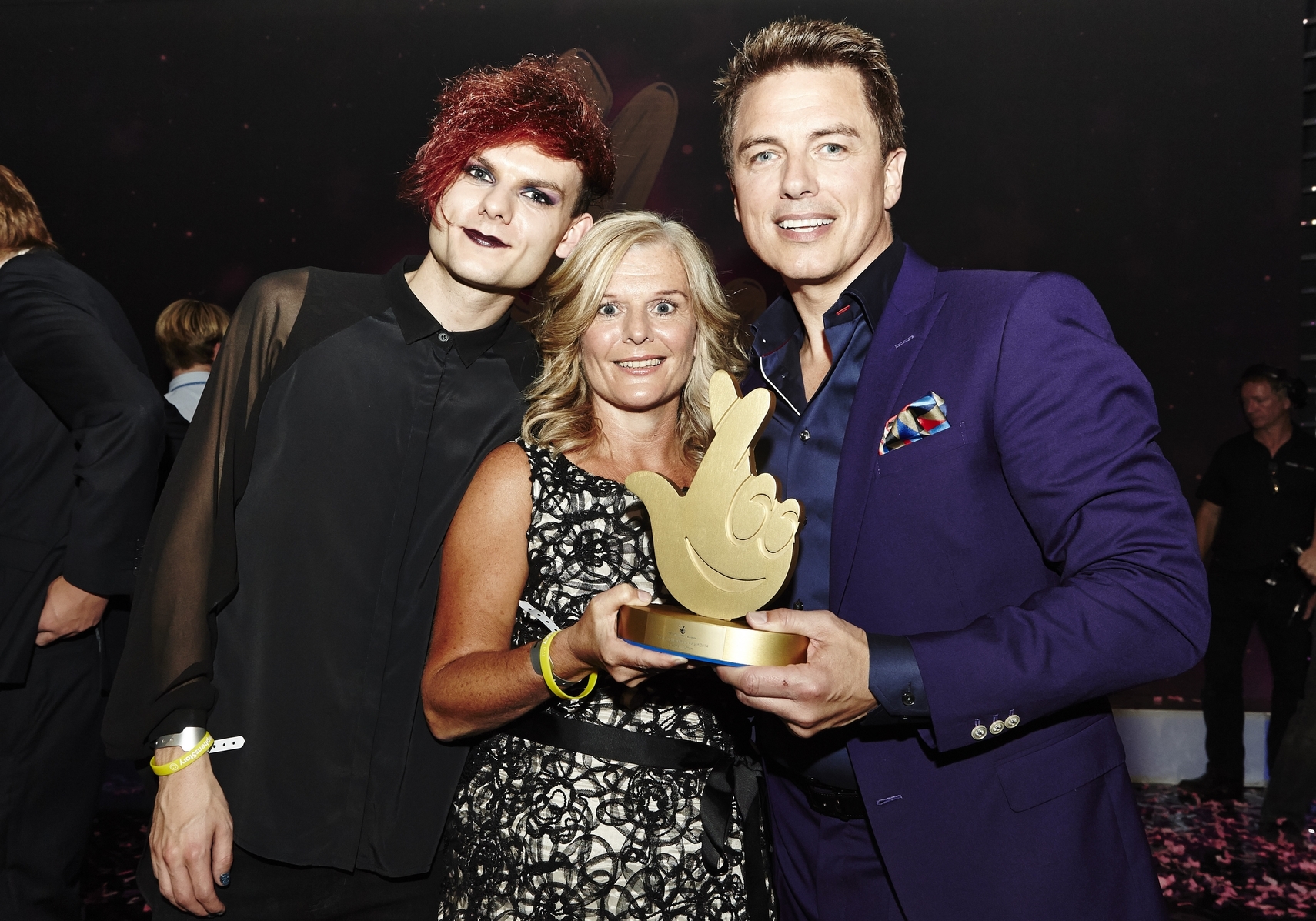 ‘Stephen touched the hearts of so many people and was such an inspiration,’ said his mum Jane.

‘He wanted to be remembered for his passion for life and the Good Gestures Day is the perfect legacy.’

Margo Horsley, chief executive of Fixers, added: ‘National Good Gestures Day epitomised so much of Stephen’s positive attitude and he asked us to make it an annual event. As a good gesture to him, we aim to do that.’