The Great War Fix on STV 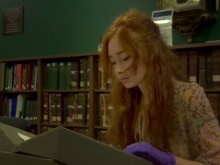 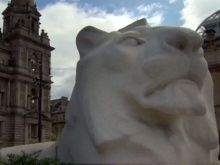 A memorial dedicated to World War One 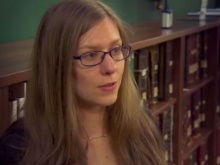 Worried that not enough young people are interested in history, Jennifer Stewart from Glasgow wants to remind young people of how much they owe to the Great War.

This story was broadcast on STV Glasgow's Riverside Show on Thursday 25th September 2014.

The 21-year-old wants to teach others about the impact of this significant battle and its repercussions.

'It's such a momentous moment in history,' explains Jennifer.

'Without the First World War you can argue that the Second World War wouldn’t have happened.

'Women's positions would be different. We wouldn't have the same medical advances that we have now and technology wouldn't be the same.

'It created a completely different society.'

In the broadcast, Jennifer visits Glasgow University and tours the sites that played a part in the discussions surrounding the years 1914-1918.

'The debating room of the GU, one of the unions of Glasgow University, would have been a real source of commentary regarding the First World War.

'We have records in the student magazines of debates, such as, "Are we too harsh in our treatment of Germans?" and "Is this war just?"'

Looking at archive material, the Fixer speaks with Dr Jennifer Novotny from Glasgow University, who discusses the student responses to the war.

'You do have that gung-ho attitude to sign up and fight, but if you look at something like the university magazine, there is clearly some debate going on.

'There are men that are unable to serve that write about being handed white feathers after lectures.'

With Fixers, Jennifer wants young people to recognise how much the war impacted the young people living at the time as well as those living today.

In the piece, Jennifer visits a roll of honour where the names of the fallen are listed.

'Looking at some of the names, I'm recognising them from obituaries in the magazines or even some of the contributors themselves who then went off to fight and were killed.

'It's really much more personal and much more human than just lists of names.

'We're hoping that this will really open people's eyes - they might venture into family history and try and link their own lives with their ancestors or fellow students.

'There is a connection with the First World War - it's not just a distant conflict that has no impact on their life.'