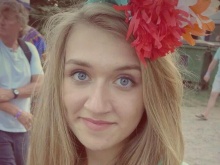 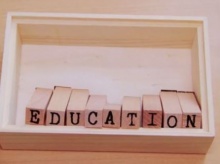 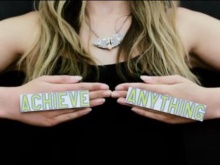 A motivational message is included in the film clips

Wanting to show young people the benefits of education without giving them a lecture, Ellie James has found a creative way to encourage others to embrace the opportunities available to them.

The 16-year-old and her team from Swindon have helped produce a series of short film clips, urging others not to underestimate the value of learning when it comes to pursuing a career.

‘I believe we are all capable of success,’ Ellie explains.

‘However, if you do not grasp an education, be it vocational or academic, it can be much more difficult.

‘Some people have a lack of confidence in their ability and therefore reject education.

‘I’m aiming to raise their aspirations.

'I want to give those young people the confidence they need to realise their dreams.’

With Fixers, the group have helped create a series of mini films, inspired by those on the video sharing service, Vine.

Using the slogan, ‘Embrace Your Ace - It’s Your Future to Chase,’ the series reminds viewers that obstacles can be overcome.

It encourages young people to believe in themselves and relays the message that they’ll never regret trying to achieve their goals.

You can watch the film series ‘Aspirations For Education’ at the top of this page.

‘I’m so pleased with the results. The films are light-hearted and fun, yet I still feel the message comes across strongly,’ says Ellie.

‘I never wanted to feel like I was just telling young people to try hard at school.

‘Instead, it’s about realising its importance and the opportunities it can lead to.

Ellie and her team are planning to share the series on social media, in order to reach as wide an audience as possible.

‘We’d like young people in Years 10, 11 and 12 to see the films as this is when we believe focus in education becomes most important,’ Ellie adds.

‘We’ll also be targeting schools, colleges, job centres and local companies, as we think it will be a useful tool for many of these organisations.’

Ellie's also been talking about her Fix on TV.
Watch her broadcast film.