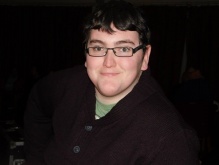 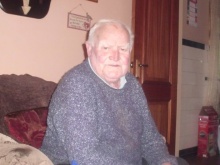 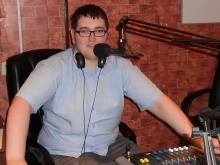 Fixer Joe in a radio studio

After a discussion with his grandfather helped him to deal with the emotional impact of being bullied, Joe Watson wants others facing similar abuse to speak out about their experiences.

The 26-year-old* from Magherafelt in County Derry/Londonderry says his peers used to make fun of him - often with cruel taunts about his appearance.

He’s now encouraging other young people, who are being targeted by bullies, to talk about it.

‘Growing up was like a nightmare at times,’ explains Joe.

‘The bullying was relentless.

'I lost all confidence in myself and felt completely worthless.

‘The turning point for me was at the age of 14, when I told my grandad what was going on.

‘He made me realise that it wasn’t the end of the world and things would get better.

‘I want others to know that a problem shared is a problem halved, so they don’t have to suffer alone.’

With Fixers, Joe has helped create a short radio play inspired by his experiences of bullying.

Based on the conversation he had with his grandfather, who has since passed away, the short piece tells the story of a character called James, who is being bullied and decides to confide in a relative.

‘The play mirrors a real moment which completely changed my life.

‘I hope those listening to it will be encouraged to stay strong and know that there are others going through something similar.’

Joe, who voices one of the parts, hopes to distribute the play to local radio stations.

‘It’s amazing to have been given this opportunity to share my story,’ he adds.

‘There are many others out there just like me, and I hope this will reach them.

‘I want to thank my late grandad. We all need someone who tells us that everything will be okay once in a while - so this is for him.

Knowing what it's like to be bullied, Fixer Harley hopes to
help prevent other young people from going through the same.

* NOTE: Fixers sometimes go beyond the 16-25 year age bracket while working on their Fix.