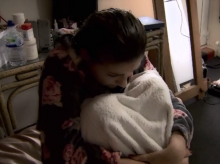 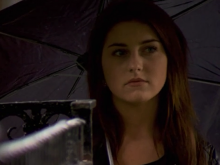 A scene from the broadcast film featuring an actor 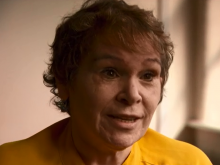 As a survivor of rape, "Sarah" wants better support for others who have experienced similar ordeals.

Her story was shown on ITV News Calendar on Friday 5th September.

The 24-year-old from South Yorkshire, whose real name has not been used, is concerned that many offences go unreported, because victims are worried they’ll be blamed, or won’t be believed.

She’s now sharing her story to encourage others to speak out about the issue, in an attempt to change the way society reacts to it.

‘Before I was raped, I never thought it would actually happen to me,' explains Sarah.

‘I remember the moment that someone who seemed so familiar became such a stranger behind a closed door.

‘Because other people were blaming me, I felt too ashamed to say they were wrong and it wasn’t my fault.

‘I’m working with Fixers to create a film to change how people think and talk about rape.’

In the broadcast piece Sarah meets Chantelle, who's also a rape survivor.

‘There were periods where I’d just stay in bed. Even if the window cleaner came, I would have panic attacks thinking it was someone coming to get me,’ says Chantelle.

‘We’re putting so many young, vulnerable people at risk by not accepting that it does happen and it’s not their fault.’

Fay Maxted, Chief Executive Officer at The Survivors Trust, also appears in the TV film in support of Sarah’s campaign.

‘In the last year alone, 308 rapes were reported in South Yorkshire, but that’s just the tip of the iceberg,’ Fay explains.

‘Only around 15 per cent of people actually report what’s happened to them.

‘There are so many negative attitudes about rape and what the victims might have been doing, which prevents people from coming forward and getting help.’

Sarah adds: ‘Sharing this has been extremely hard for me but I think that it’s been very important to do this.

‘Victims need to start speaking out about it, because if they don’t, then nothing will change.’


Concerned by the number of young women being raped or sexually assaulted,
a Fixer from County Durham offers others her age a way to protect themselves.