A Look At Invisible Illness 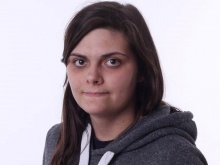 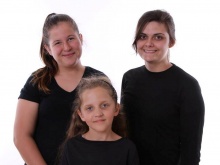 Nicole is among the young people on the posters 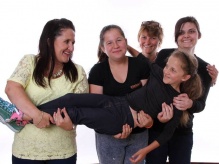 The models and their supporters at the photo shoot

Born with a genetic disorder that causes her constant pain, Nicole Martin wants others to understand that just because they can’t see her condition, it doesn’t mean it’s not there.

The 18-year-old from Winchelsea in East Sussex is keen to raise awareness of neurofibromatosis type 1, an illness that isn't always externally visible, but results in tumours growing along her nerves.

‘Sometimes even healthcare professionals have to ask me about it – what it is and how it affects me.

‘I spent six months in hospital and we didn’t know what was the matter.’

With Fixers, Nicole has helped create a series of posters that take a closer look at the ‘hidden’ illness NF1.

On each poster, a young person holds an X-ray image over part of their body, revealing symptoms including scoliosis that wouldn’t otherwise be obvious to others.

Asking viewers to ‘imagine what we could see if we had X-ray vision,’ the posters also include the fact that one in every 3000 people is affected by neurofibromatosis.

Click on the images below to enlarge the designs. 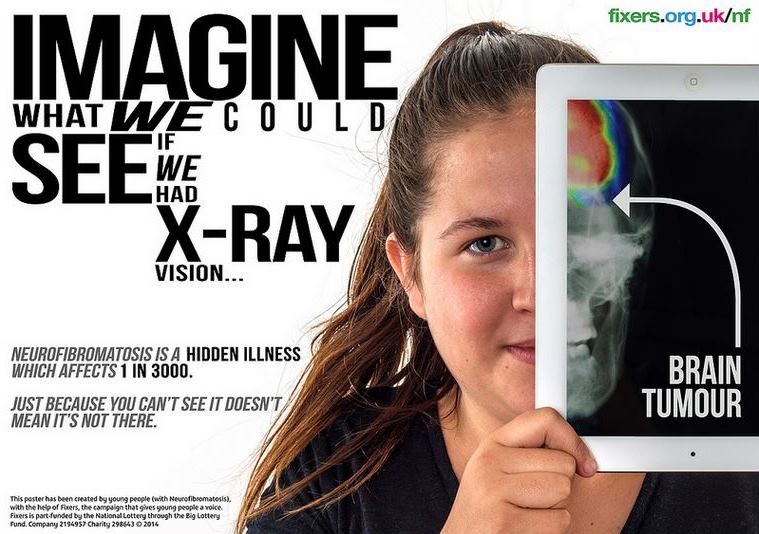 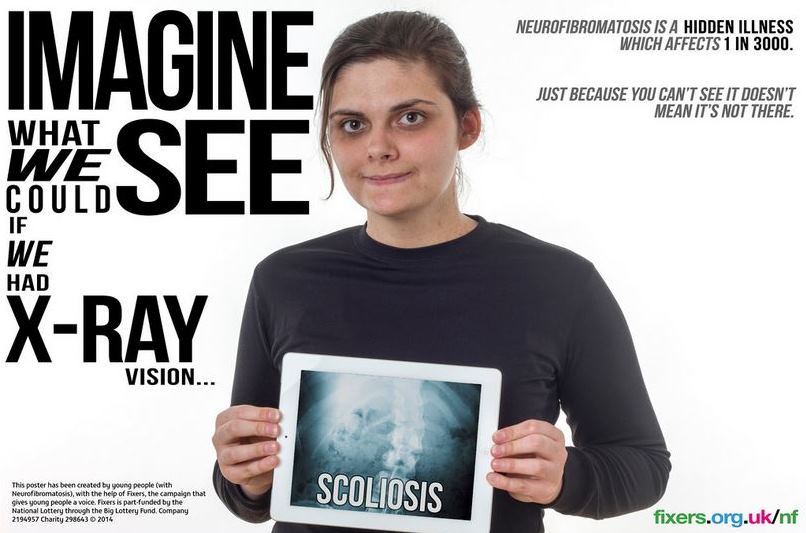 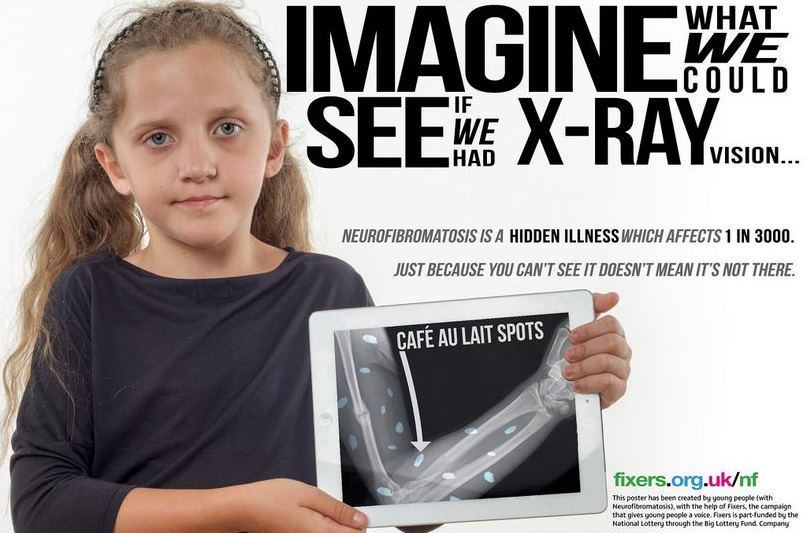 ‘I really like the posters. They’re eye-catching,’ says Nicole.

‘I want both doctors and young people to know about the condition and to understand that it affects each individual differently.'

Nicole hopes to display her posters in schools, colleges, universities, GP surgeries and hospitals, having already taken her campaign to Parliament.

She asked Lord Hunt for help raising awareness of neurofibromatosis and he agreed to call for a debate and ask questions in the House of Lords.

‘I want young people to see the posters as they’re the next generation. They will be able to spread word of my condition,’ she adds.

‘I also think it’s important to target those already in, or wanting to work in, the health profession.’

Nicole has also appeared on TV to talk about her experiences of life
with a ‘hidden’ illness. Watch her broadcast film.