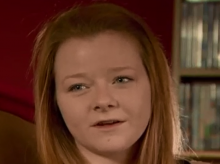 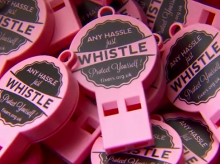 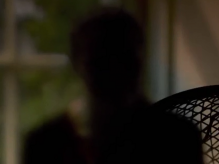 Worried by the number of young women being raped or sexually assaulted, Kate Armstrong is offering others her age a way to protect themselves.

Her story was broadcast on ITV News Tyne Tees on Tuesday 26th August.

The 20-year-old from Bishop Auckland, County Durham is concerned there is little advice on the issue and now wants young people to be more aware of the potential dangers when out alone.

With Fixers, Kate has designed a safety aid for women to carry and use if they find themselves in vulnerable situations.

‘My project is about rape prevention and I’ve produced a whistle for young girls.

‘They say "any hassle just whistle" - the idea is that people can alert someone if they’re in difficult circumstances.

‘Because it looks like a USB stick, it’s also discreet so you can put it in your bag without anyone knowing what it is.'

A 2013 Official Statistics bulletin on sexual violence done by the Ministry of Justice (MoJ), Office for National Statistics (ONS) and Home Office reported that approximately 85,000 women are raped and over 400,000 sexually assaulted in England and Wales each year.

Featuring in the broadcast piece is an anonymous victim, who shares her traumatic experience of almost being raped.

‘It happened about a year and half ago when I was out with my friends,’ she says.

‘They left early and I was on my own – the only person I knew at the time was my friend’s boyfriend.

‘Upon leaving, we walked down an alleyway and he stopped me.

‘He started kissing me a lot and trying to take my clothes off. I began fighting back, but he was a lot stronger than me and almost twice my height.

‘It got too much and I couldn’t handle it any more - so I kneed him in the ribs and ran away.’

Kate hopes her rape prevention whistles, which also have information printed on them on where women can get help, will help stop incidents like this from happening to others.

Planning to share them with young women in their late teens and early twenties, the Fixer adds:

'The main goal is to make girls feel safer.’

For more information and support on this issue, visit the Rape Crisis website.

Click here to see the other Fixers campaigns being featured on TV in August.