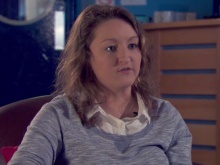 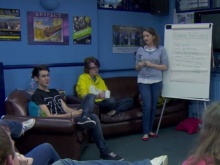 Amy speaking with a group 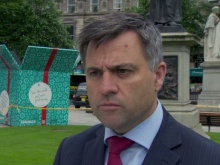 Amy Arnott and her group from Bangor are bringing the hidden issue of human trafficking to the public’s attention, warning that it’s not just happening abroad – but occurring closer to home.

Her story was shown on UTV Live on Thursday 7th August.

Shocked to learn the statistics involving local victims, Amy (18) and her team are raising awareness to encourage more to be done to stop the crime in their area.

‘It makes me feel guilty that I can enjoy my life, have fun and there’s people that are the same age as me, living in same country that are being forced to do manual labour and unspeakable things,’ explains Amy.

‘It’s shocking and it’s horrible to think that I have freedom where others don’t.’

According to Stop The Traffik, 38 victims were recovered between April 2013 and 2014 in Northern Ireland.  Eighteen of those were minors - many children who’d been trafficked within the country, not out of or into.

‘People think you must travel across an international border, that you must be a foreign national to be a victim,’ says Phillip Marshall, Detective Chief Inspector of the Organised Crime Branch at the PSNI.

‘Anyone can be a victim. It doesn’t matter whether you’ve moved one mile or a thousand miles. If you’re exploited, if you’re moved for the purposes of exploitation, you will be a victim of human trafficking.’

With the help of Fixers, Amy and the group have created a film, which shows a rather normal scene of a young boy cycling down a street, but within moments more sinister things play out.

The team hope their campaign will encourage the public to become vigilant and report suspicious activity.

‘We want people to be aware of human trafficking and not be afraid to speak out about it,’ explains Amy.

If you suspect that someone is a victim of human trafficking, call Crimestoppers anonymously on 0800 555 111. 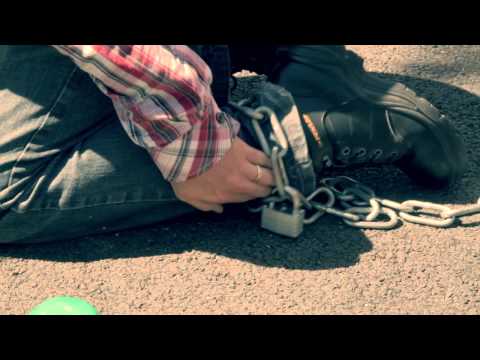