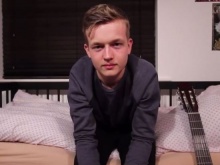 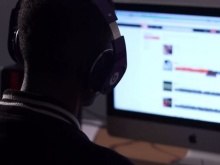 A young musician shares his work online in the Fixers film 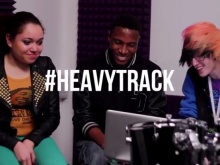 Constructive feedback is promoted in the film

Keen to get their tracks heard by sharing them on social media, a group of music students want people who post comments about artists’ work online to choose their words carefully.

Led by 20-year-old Jack O’Shaughnessy, they’re highlighting the difference between criticism and critique, and bullying and discussion.

‘We have been looking into the most common uses of social media and online attitudes,’ explains Jack and his team from Birmingham.

‘We’ve found that generally people are not afraid to say things that offend others.'

With Fixers, the group have created a film to encourage others to take the time to consider the feedback they give young musicians.

They use the acronym THINK to ask that opinions remain thoughtful, helpful, intelligent, necessary and kind.

As well as explaining the distress that can be caused by thoughtless reviews on social media, the resource encourages musicians not to give up when faced with hurtful comments.

Watch the film 'Social Media Etiquette' at the top of this page.

‘The film is fantastic and dynamic in the visual scenes and the music,’ the group add.

‘It’s current and relevant for young teenagers and has a real chance of raising awareness of the matter.’

The Fixers are planning to show the video to other students on courses run by their college, Access to Music.

‘We want to promote a positive culture around using social media platforms,' they say.

‘Hopefully we can raise awareness about the responsibility everyone has when they post comments online.’

Carney Bonner’s another Fixer keen to do his bit to combat online abuse.
Find out more about the anti-cyberbulling workshops he wants to run in schools.