Thanks For Having Me 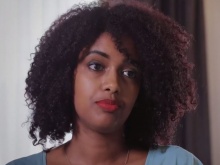 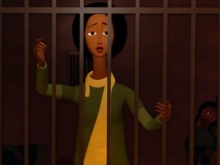 Rediat has made an animated film about her journey to Britain 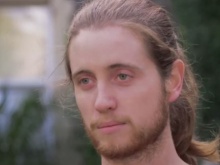 'I had to leave my homeland because there was a religious persecution and I was scared for my life. I wasn’t safe so I had to leave home.'

Rediat Abayneh was just 16 when she fled her homeland of Eritrea and ended up all alone and far from her family and friends, at the 'Jungle' refugee camp in Calais.

Now 24, she's a recent graduate of the University of the West of England and a talented film-maker, and she's created an animation called ‘25 Days Of My Life’, to share her story.

You can view Rediat’s animation here.

It was a collaboration with Calling The Shots, Random Acts, Channel 4, Arts Council England.

Now, with the help of Fixers, Rediat is sharing her story more widely, to raise awareness of refugees' experiences - and urge young Britains to value all the good points in their own lives.

She spoke about her experiences on ITV News West on November 9th.

In one extract she says: 'We all had different reasons why we were there. The one thing we had in common was that we were all in desperate need of finding a safe place. In my case, a place where I could practice my faith without fear of persecution.'

From the Jungle, Rediat made multiple attempts to cross the Channel in the back of various lorries. She finally succeeded it after hiding in a huge truck full of fertilizer.

'After going through all this, I finally made it to England,' Rediat says in her film. 'The journey was worth it. I made it to a place where I feel safe.'

Through her Fixers campaign, Rediat wants to get two messages across. Firstly – thanks to Britain for giving her an education and a place to call home - in Bristol, which she loves.

Secondly, she wants to encourage young people who were born here to appreciate how lucky they are.

'It allows one woman’s experience to be heard,' he says.