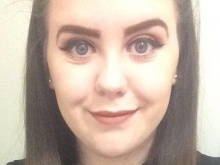 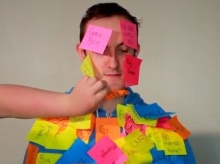 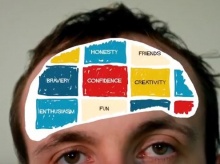 Bethany says building a 'mental wall' against insults can help

A teenager concerned about how cruel labels can affect young people’s self-esteem wants to help them to become more resilient.

17-year-old Bethany Roberts is a member of the Junior Safeguarding Board in Pembrokeshire.

When Bethany and her team started to look at issues affecting young people in the area, one came up consistently – being labelled and called horrible names.

They have created a film with Fixers encouraging youngsters not to let insults get them down, and focus on things that make them happy instead.

You can view it above.

‘We want the film to tell everyone who has ever been insulted, put down or felt sad to not let the haters keep you down,’ says Bethany, from Milford Haven.

‘Fight back and don’t let things stick. Brush off every insult, shrug of negativity and peel off any bad notion.’

The film explains how you can build a 'mental wall' against insults.

Bethany, who studies Level 3 Health and Social Care at Pembrokeshire College, spoke with other young people about their experiences.

‘Being labelled is an issue that all young people go through, and some are able to cope with it better than others,’ she says.

‘There’s a lot being done to combat bullying and help people with their mental health, but nothing being done about building resilience. We think that working on that can help young people to cope with things better.

‘We went out into youth clubs and asked young people there to write down insults they’d heard and some of them were quite harsh. We put them on the Post-it notes which you see in the film.’

Bethany and her group spoke to young people about ways to stay resilient and have included these tips in their film.

‘If you’re being labelled and it’s affecting you, talk to someone and have a voice on the issues you’re facing. Look at the different coping strategies that there are,’ she says.

‘Creativity and spending time with friends were two of the main things that young people we spoke to suggested. Walking a dog and listening to music could also help.’

Bethany and her group plan to share the film as widely as possible.

‘We’re going to launch it at our safeguarding conference in November, we’ll be sharing it on social media, taking it in to youth clubs and schools and showing it to the Pembrokeshire Youth Assembly.’