Say No To Crime 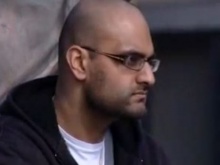 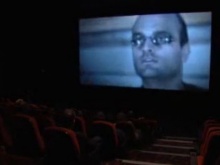 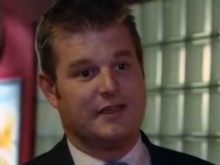 A Fixer from Bradford in Yorkshire, who spent 483 days in prison, is now sharing his personal experiences to deter others from making the same mistakes.

His story was broadcast on ITV News Calendar in December 2011.

Jazz was sent to jail for grievous bodily harm after a night out with friends and served 18 months of his three year sentence.

‘A year and a half ago I was sat in prison,’ explains 24-year-old Jazz Gill.

‘I feel guilt and I’m not proud of what I’ve done, but I’m not bitter because I’m doing something productive out if it now.’

Jazz created a film with Fixers to be shown to young people, which explains what life is like in jail.

It was shown at a local cinema, and was followed by a question and answer session.

One 16-year-old attendee was moved by the short feature, saying:

‘I’m just lost for words really. I think it’s inspiring, and I respect you for what you’ve done. I wouldn’t treat you any differently.’

Another young person added:  ‘Some people go into prison and they’ll come out and say “We went to prison. It wasn’t that bad. It was all right” but they’re not telling the truth.  It takes a proper man to stand up and say what it’s really like.’

‘I think that this has been a really inspiring film and an inspiring event.

‘It really shows how much we can engage with young people and talk about something as serious as this. I think Jazz has done a wonderful job.’

The Fixer is positive about the film and the responses that he has received adding:

‘It was a really nice day, and I loved how the video's message actually came across to people.

‘I want to send the message out – “say no to crime”. I want to teach kids to find something that they love and put their heart and soul into that - so what happened to me is now hopefully helping others.’

You can watch Jazz's Fixers film below.