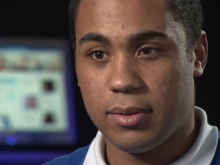 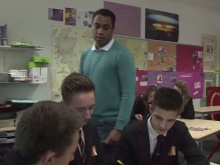 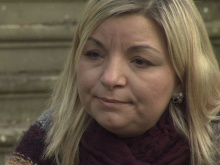 A Fixer from Cheltenham is campaigning for an anti-cyberbullying week to be introduced in schools - after his own experience with online bullies.

His story was broadcast on ITV News Central on Friday 7th February.

Following his struggle with internet abuse, Carney Bonner (20) set up The Carney Charles Foundation - a charity that offers other young people the chance to overcome bullying.

‘When I was 14 I started getting messages saying “no one cares about you, just go die”,’ he explains.

‘In my head I thought that it was my fault and that I must have offended someone.’

‘I felt like I was in a place I couldn’t get out of, that there was no escape from what was happening. I didn’t know where I could turn. I fell into self-harming and tried to commit suicide.’

For his Fixers campaign, Carney is devising specifically anti-cyberbullying workshops with the help of pupils from All Saints Academy in Cheltenham.

‘People are using it for the wrong reasons.’

In the broadcast piece, Carney speaks to the mother and sister of Martin Holder, a victim of cyberbullying who took his own life in 2012 at the age of 16.

‘I think they could have lessons about cyberbullying and there should be places where you can go and report it to people.

‘If Martin had felt that he could speak to somebody confidentially, then he could have had a way out of how he was feeling.’

Carney adds:  ‘I got through it by being able to talk to my school counsellor. Without my best friend getting me to that point, I don’t know if I would still be here.

‘It just shows there was a way out, but at the time I couldn’t see it. I am here now, I have moved on and I am able to do something.

‘There is always hope.’