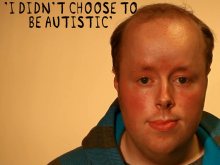 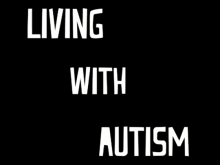 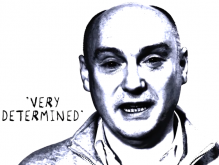 A Fixer from Leeds, who says he faced ridicule in school because he has autism, has helped produce a film to raise awareness of the condition.

Twenty-two-year-old Luke Armitage was diagnosed with the disorder, which affects his behaviour and spatial awareness, when he was eight.

He's concerned that not enough people know about autism, which Luke says, can fuel prejudice and bullying.

‘Nobody chooses to be autistic; it’s just something I’ve had to live with. But it can be difficult at times,' he explains.

‘I find certain social situations hard and can’t deal with change too well.

‘People used to call me names and make fun of me. It used to hurt and really affect me a lot.

‘Although I’ve learnt to cope with it better, it's still painful now and then.’

Luke’s Fixers film aims to show that autism isn’t black and white, and that those living with the condition have feelings too.

He plans to share it on social media so other young people become more aware of the developmental disability.

‘I am thrilled with the film. It’s so great that I’ve had the opportunity to work with Fixers, who’re as passionate as me,’ he says.

‘The simple truth is many don’t know how autism affects people and their families.

‘If the film helps them understand it, the less hostility and hatred there might be.’

Luke moved away from home to live in supported housing in October last year.  His mum Jackie says it was hard seeing him go but is extremely happy that he’s getting on with his life.

‘Letting go of your son was always going to be upsetting, because he’s been with me through all the ups and downs. He’s done things that I never thought he would and I’m so proud of his campaign.

‘There is a lack of understanding when it comes to autism, so I want to thank Fixers for giving my son the motivation to do something positive.’

Watch the film 'Living With Autism' at the top of this page.