Seeing Beyond the Board 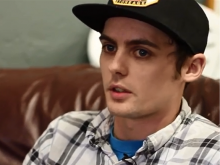 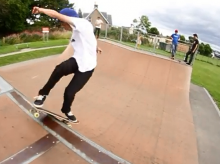 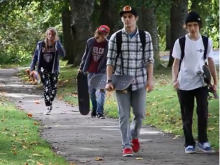 A group of Fixers from Inverness have helped create a film aiming to send skating misconceptions into a spin.

Led by James King (25) who first picked up a skateboard 12 years ago, they feel the city’s older generation view skating as an anti-social pastime and fail to see the skill involved.

With their Fixers project, the team intend to educate the public to appreciate skateboarding as a sport, rather than perceiving it as a means of disruption.

‘I think older people in Inverness look at us like we’re a bunch of rebellious youths, especially when we get daily verbal abuse from members of the community,’ says Inverness skate shop owner James.

‘It’s almost like skaters are seen as third-class citizens at times.

'In actual fact most of my skater friends have respectable jobs, which goes to show just how diverse it is.

‘Whether we’re jumping over park benches or grinding on railings, we’re not out to cause trouble.

‘Skateboarding for us is a form of expression and gives many young people something to do.’

The group’s film, ‘Skate Culture’, features young people from Inverness’ skating scene giving their views and explaining what they’d like to see change.

Its aim is to promote skateboarding to as many people as possible while also encouraging older generations to view the sport in a more positive light.

‘With the Fixers film we wanted to show the person behind the skateboard,' adds James.

‘We feel people make snap judgements about youth in particular.

'But they don’t realise that for some, skateboarding is the only thing they have to truly express themselves in Inverness.

‘If they understood we’re just normal people, we might get more respect.

‘Our message is to give skateboarding a chance and see what it’s about. You don’t have to be a skateboarder to appreciate what goes on with it.’

You can watch the film, ‘Skate Culture’, at the top of this page.