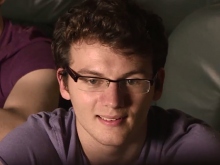 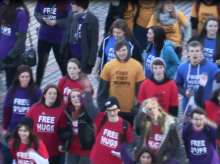 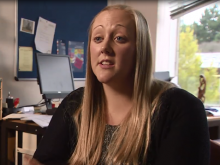 At the age of 18, Staffordshire Fixer Stephen Sutton has had to cope with the crushing news of having incurable cancer.

Choosing not to focus on the negative, the good-humoured teenager is dedicating the time he has left to spreading happiness and inspiring others to live life to the fullest.

His story was broadcast on ITV News Central on Thursday 5th December.

After many rounds of chemotherapy and surgery since being diagnosed at 15, Stephen is now halfway through a 'bucket list' and determined to promote his positivity in the process.

On his list of achievements is his Fixers Good Gestures campaign, which took place in Birmingham city centre in November and saw his team doling out handshakes, hugs and high-fives to perfect strangers.

‘Young people often do a lot of good things that go unnoticed,' says Stephen. 'The feedback we got from the day was absolutely incredible.

‘My cancer was a huge kick up the backside and made me realise that I might as well do something with my life.

Dr Blaire Morgan from The University of Birmingham appears in the TV film in support of Stephen’s project. She thinks acts of kindness like this can be genuinely uplifting.

‘There’s plenty of psychology research that shows giving is good for you,’ says Dr Morgan.

‘So what Stephen is doing by giving a smile or a handshake is he’s creating this ripple effect of giving that can pass from one person to the next.’

Stephen says his motivation to carry on comes from seeing people smile - a legacy he hopes to leave.

‘I’m doing this so when my friends and family look back they can be proud of me,' he adds.

‘I want people to remember me as a fun, caring teenager - an average guy who wanted to make a little bit of a difference to the world and enjoy himself.’