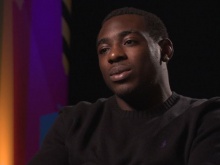 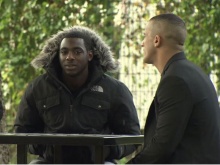 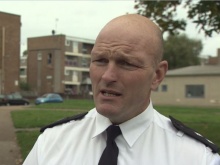 A Fixer from Bristol, who shunned a life of crime and drugs because he wanted to make his mum proud, is campaigning to keep other young people out of trouble.

Richie ‘Pine’ Royal (25) from the St Paul’s area of the city has made a name for himself through film-making, music and by starting a business, and hopes his Fixers project will encourage other young people to realise they can have aspirations too.

‘When I was growing up there were temptations to commit crime,’ he says.

‘But I used my talent. I started making music and videos and just said, "Yeah, I’m going to do something different."'

The broadcast film begins with Richie in the studio recording a track calling for an end to violence on the streets.

He also speaks to former offender Faisal Ghazghazi, who explains how he turned his life around: ‘I was in and out of prison on a regular basis for short sentences.

‘But, for my last sentence, I did just over five years, and I engaged in the programmes they had to offer. I educated myself and I worked really hard to get what I have now. I am living a really good life today.’

Inspector Paul Cox from Avon and Somerset Constabulary also contributes to the ITV piece in support of Richie’s Fixers project.

He says St Paul’s, an area where crime and drugs have been known to be prevalent, has improved in terms of opportunities for young people.

But, he adds: ‘Those temptations are still out there and we need to encourage young people to make the right choices and take the right route through life.’

Richie’s Fixers film will show a young person following the wrong route, selling drugs and getting into trouble with the police. He wants to use the resource to make sure people carefully consider the choices available to them.

‘My practical advice would be to go to college, study what you like, and take all the advantages from it that you can,’ says Richie.