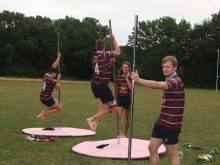 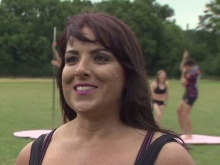 A Fixer from Crawley is hoping to expose the sporty side of pole fitness in an effort to shed its 'sleazy' image.

Her story was shown on ITV News London on Thursday 5th September.