A Move Towards Tolerance 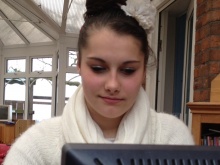 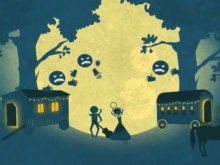 A clip from Jolene's film

A proud Romani gypsy, forced to quit school due to bullying from others, is using a short animation film to challenge the stereotypes some young people hold towards members of the travelling community.

Jolene Smith (16) has faced verbal and physical abuse from other young people who mock her travelling heritage and the different lifestyle it entails.

She often fought back against the bullies and got into trouble, but says she had no other way to vent her frustrations.

With the help of Fixers, Jolene hopes to encourage understanding of gypsies and their lifestyle through a short film.

‘Moving around is hard. We could move up to eight times a year and it becomes stressful. It is our tradition, yet so many people do not accept that people often live by different traditions.

‘I’ve been called names like a “dirty pikey”, and people have even punched me because they see me as a “sponge” on society,’ says Jolene.

It is estimated there are up to 300,000 gypsies – including those from the Roma community – in the UK.

Gypsies have been part of UK society for 500 years, but studies from the Third Sector Research Centre (TSRC) claim travellers are one of the most excluded ethnic groups in the UK because of poor media coverage in television programmes such as ‘My Big Fat Gypsy Wedding’.

Jolene, who has stopped travelling to pursue an apprenticeship in hairdressing, hopes to take her film to local schools to stop bullies targeting people who are different.

‘No one deserves to be bullied. It is so ignorant and harmful to bully someone,’ she says.

‘We are all humans with different ways of living. These differences should be understood, not stereotyped. I hope my film shows this.’

For more information on travellers and their heritage, check the National Association for Teachers of Travellers (NATT) website, or read the specialist newspaper Travellers’ Times.