Exercise Your Mind on ITV 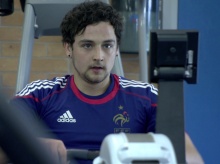 Jake on a rowing machine 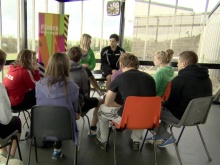 Jake speaking to the Menai Track and Field club 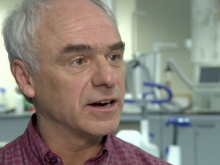 A sporting student, who developed depression during his teens, is creating a film to promote the benefits of physical activity on mental health.

Jake Steed (21) now exercises five times a week, and has found respite from depression through his gym routine. Since regularly exercising, Jake has noticed benefits in his ability to study and to socialise.

Jake feels more productive, and even has time to volunteer as a football coach with teenagers.

With the help of Fixers, Jake is creating a video presentation which he will deliver to schools in his area of Wales.

Jake, who studies Sports Science at Bangor University, says keeping fit has given him enthusiasm for new things.

‘When I was depressed, most things were dark. I couldn’t see the reason for doing anything,’ he explains.

‘You want to do something but you can’t focus on it, and then you feel worse about that. You’re walking about but you’re practically in a coma.

‘From where I was at the worst of my depression, there was a dramatic change in my state due to exercising. I just felt more alert rather than being in a daze in my own bubble.

'It was not exercise alone that helped me get out of depression, but it’s a major contributor to not just speeding up the process but maintaining that.’

In the piece, Jake speaks to Dr David Markland, from the School of Sport at Bangor University, about the benefits sport can have for the brain, and he speaks with members of the Manai Track and Field club about how exercise makes them feel.

In addition to the broadcast story, the above video also includes a studio interview with Ruth Coombs from Mind Cymru.