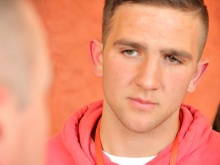 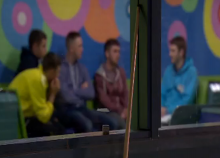 The group meeting with YPC 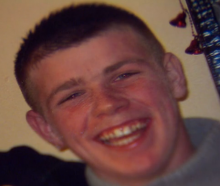 After losing loved-ones and friends to suicide, a group of young men from Belfast are raising awareness about the high number of suicides among young people.

The five boys - aged 16 to 17 - have all been personally affected by suicide and want to encourage more people having suicidal thoughts to speak about their feelings.

Lead Fixer Sean McAteer (16) says it was ‘really tough’ when their friend Martin Rooney took his own life at the age of 13. At the time, Sean wished he had someone to talk to who knew what he was going through.

He feels that young people need to open up more and talk about their feelings.

‘We all felt really bad about Martin and kept wondering whether there was anything else we could have done to help,’ explains Sean.

‘We’ve lost a lot of people in our community due to suicide and it’s heart-breaking to see.

‘As a group of friends, we're not hard men but we're tough. If we're big enough to talk about how we're feeling, then why can't everybody else?'

The latest figures from the NI Executive suggest that suicide rates have been rising in Northern Ireland since 2006, with around 300 people taking their own lives every year.

Health Minister Edwin Poots, who is also featured in the piece, believes the region’s history may be a factor in the rising suicide rate.

'I think that the Troubles has its role to play in suicide, and some people can't live with what they've done or what's been done to them or their families,’ he explains.

'Or they can't live without other people who were a key part of their relationship.'

The group of Fixers also want to offer support to people bereaved through suicide. One of the Fixers lost his mother 3 years ago to suicide and another lost a cousin seven months ago.

They also want to go into local schools and youth clubs to tell young people that suicide is not the answer; and that talking is.

‘Even if we get across to one person, that could save a life,’ explains Sean.

For more information and how to get help, please click the link below or visit the following websites: www.lifelinehelpline.info or www.yourhealthinmind.org