Men Get Eating Disorders Too 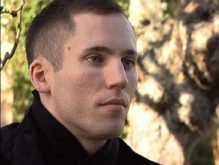 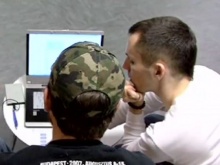 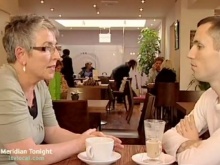 Fixer Sam Thomas battled with bulimia for 8 years from the age of 13. Now that he has recovered, he has joined forces with Fixers and is setting up a website called 'Men Get Eating Disorders Too', which is aimed at men who have eating disorders.

He feels eating disorders are perceived to be a female illness and wants to redress the balance online with information, forums and peer support for men.

Sam, 22, first started to battle with food at the age of 11 when he was bullied as a schoolboy.  He began binge eating as a means of escape, and soon developed bulimia.

At the time, he didn’t understand what he was going through, and found that there was very little support or advice for men with similar conditions.

“I was under the impression that it was only a female issue,” says Sam.

“Although I did realise I had an eating problem, I didn’t realise what it was until I was probably about 15 or 16, and I read about it in an agony aunt column in one of my mum’s magazines.”

With the help of Fixers, Sam is fulfilling a long-held ambition to create what may be the first website dedicated to supporting male sufferers of anorexia, bulimia and other eating disorders.

“I definitely would have benefitted from a website myself,” continues Sam.  “It would have helped me to put a name to my disorder and the symptoms that I had, which I didn’t realise back then.  It would also have helped ease the isolation by putting me in touch with other men in the same situation.”

As part of his research for his site, Fixers set up a meeting with Brighton University Senior Lecturer Lorna Marchant, who also counsels people with eating disorders. She was able to offer a valuable insight into how the illness affects people and the signs to look out for. (Click here to watch the extended interview.)