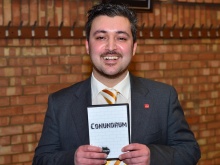 Graeme holding his film on DVD 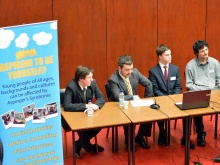 Graeme speaking with a panel of people 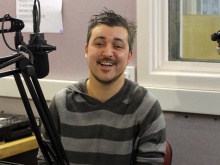 A Birmingham Fixer, who has worked to promote knowledge about Asperger's syndrome, has screened his independently produced documentary to increase understanding of the condition.

Over 50 people attended the first public screening of Graeme Croton’s documentary entitled 'Conundrum' at the Birmingham and Midlands Institute (BMI), which has been independently produced since his Fix in 2010.

The film focuses on the 26-year-old’s life with Asperger's syndrome and follows on from Graeme’s ‘Project Aspie’ website, which provides information about Asperger’s, both to those with the condition and those who want to find out more information about it.

Following his Fix, Graeme has been touring the country giving presentations to young people and health groups to explain his experience with Asperger’s.

Graeme has won multiple awards for his work, and hopes this film will further propel Asperger's syndrome into the spotlight.

‘Obviously I want to thank everyone at Fixers for the start they gave me,’ he says.

‘The feedback and reaction to my film was excellent, with many stating the documentary is insightful, thoughtful, and different.

‘With representatives from the local council and health groups, I hope my message will make a real difference in the near future.’

Asperger's syndrome is a form of autism, which is a condition affecting over half-a-million people in the UK, according to the National Autism Society.

Graeme is currently scheduling further screenings of his documentaries, which will run across the country. For more information, visit the ‘Project Aspie’ website.