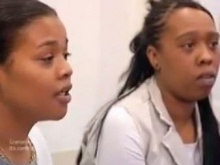 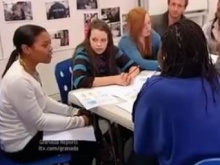 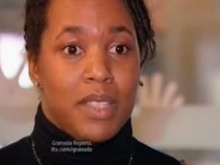 Two Fixers from Liverpool have turned their back on a life of a crime and have set up a website, warning others to stay on the right side of the law.

Sisters Tasha and Kemi Ryan were jailed in 2004 following drug related offences, and are now educating others on the effect convictions can have on your future.

Their story was broadcast on ITV Granada Reports in March 2011 (watch above).

‘While me and Tasha were serving our sentences, it was then that we realised we wanted to change and we started to do voluntary work in prison,’ explains Kemi.

Their website (re-formed.co.uk/) was created with the help of Fixers to complement workshops the sisters had set up to make sure young people realise the consequences of crime.

'We’re both passionate about what we do and we do this job because we want to stop others going down the same path that we did,' says Tasha.

‘I wanted a website that was confidential, so that young people feel that they can go there and they can talk. It is easy access, child-friendly and adult-friendly. I’m very pleased with it and everything to do with it.’

‘I think a website for Kemi and Tasha is ideal. Everyone who meets them is struck by just how passionate they are and how much they want to do, but they can’t meet everybody. This website is a way of getting their message to a mass audience in a really quick and effective way.’

Both Kemi and Tasha are positive about the impact they hope to have in preventing crime, with Kemi adding:

‘Though Tasha and I went to prison for drugs and we were guilty for it, we’ve done our time now, and we’ve come out to turn a negative into a positive.’

About Tasha and Kemi