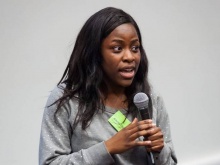 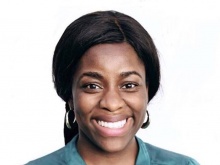 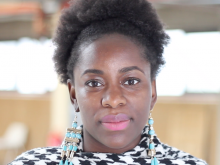 “When I was younger I didn’t know anyone in the field I wanted to go into and so when I was told I could get a mentor I thought that would be amazing because they would have experience they could share with me. I’ve learned that it’s ok to be yourself, that you don’t have to be at a certain level in terms of your education or experience. And they are always there to help you.”

Adeola Gbakinro, 22, from Bexley in London has been so impressed with her experience of mentors, she wants other young people to have the same opportunity.

“It has made me much more confident in myself and made me realise the ability I do have,” she says.

Adeola has had three mentors over the years, each sharing different areas of expertise.

“When I was thinking of going into medicine I had one who was a doctor, another one worked in the corporate world -  I’d signed up to his company’s diversity mentoring scheme.

"The third worked at a start-up company. She’s offered me advice relating to business, entrepreneurship, things like that.”

Fixers has helped Adeola make a short film encouraging young people to seek out a mentor.

“If they’re still at school they could ask their teacher or career advisor to point them in the right direction and, colleges and universities  have mentoring schemes.

"Or you could simply go online and search for mentors in your local area.”

Adeola says the relationship with a mentor is very different from the sort you might have with a teacher or other authority figure.

“I can talk about academic things or well-being, or stress, or mental health and I don’t feel awkward,” she says. “It’s more like having a grown up friend.”

She hopes to become a mentor herself one day and help young people in the same way she has been helped.

“I really believe in giving back because I know how much mentoring has helped me over the years," she explained.

"I’d like to help someone else in the future.”