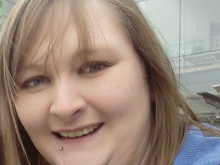 Leanne started self-harming when she was eight. 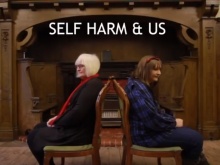 There was no support for her parents. 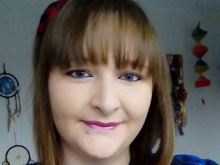 A young woman who started self-harming when she was just nine-years-old has made a film to help other families in a similar situation.

Leanne, 22, believes her self-harm, which saw her hospitalised on and off for nearly five years, was a way of coping with abuse in her childhood.

Throughout her struggle, Leanne felt misunderstood and now wants to shine a light on a little understood part of mental health.

‘Self-harm is not something people can stop,’ she said.

‘If someone is self-harming they are just trying to manage, it is not the same as suicide. Don’t be scared by it.’

Looking back at her childhood, Leanne’s memories are not all happy ones.

She remembers being bullied at school and abused by a trusted adult. She was also diagnosed with autism, which made the world around her a confusing place.

Self-harm became a way for her to cope with the unhappiness.

‘My family found out about the self-harm before they knew about the abuse, so they could not understand it,’ Leanne explained.

‘Then the abuse stopped and they assumed the self-harm would too, but that was not the case.

‘I developed an unhealthy relationship with my family and the self-harm pushed us further apart. They did not understand at the time and there was no-where they could turn for advice.’

Eventually Leanne’s family was supported by a mental health team, who helped them understand autism and self-harm. The daughter-parent relationship is now back on track.

‘I want people to understand what self-harm is and how it affects the person. It is a subject nobody likes to talk about but an issue growing bigger by the day.

‘It can be scary for parents, many of whom take the telling off approach. But this makes the situation far worse.

‘In most cases self-harm is a coping strategy used to survive.’

Leanne teamed up with Fixers to create a short film in which she talks candidly about her self-harm.

Sitting back-to-back with her mother, the pair offer a rare insight to the little spoken about part of mental health.

She hopes it will help other families in similar situations by taking away the fear and making self-harm seem less shocking.

Leanne's project was supported by the Wellcome Trust