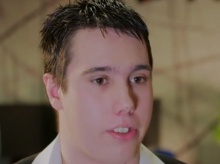 Calvin wants to improve understanding of autism and Asperger's Syndrome 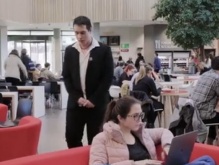 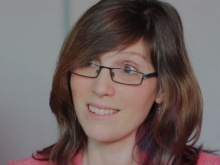 'From a young age I have felt very different to my peers. I always found social interaction difficult. I could never quite understand what was going on. I didn't always understand jokes or know how to act around my peers and that caused a lot of issues for me growing up.'

A 17-year-old from Poole is working with Fixers to increase the public’s understanding of autism and Asperger’s Syndrome.

Calvin Glen was diagnosed as being on the autistic spectrum when he was seven and now lives with Asperger’s Syndrome.

He told his story tonight on ITV News West.

Apart from social interaction, one of the most difficult things Calvin has to cope with is sensory overload.

'The moment I walk into a busy environment like a canteen, it’s a struggle,' he explains.

'Everything is just whacking you in the face, whether it be lights or noise, and lots of other people are around you. It can cause anxiety to come on and an overwhelming fear that you are not going to be able to cope.'

Calvin spoke to Dr Rachel Moseley from Bournemouth University, who told him that one in a hundred people in the UK are on the autism spectrum.

She says: 'The key symptoms of Asperger’s Syndrome are difficulty relating to other people, difficulty communicating and difficulty with understanding other people. Making friends, keeping friends, and a certain kind of fixed repetitive nature of interests and behaviour.'

There is no cure for Asperger’s Syndrome but Calvin says he would never want to be cured even if it were possible.

He says: 'There are negatives, but I do think the positives outweigh them once you learn your coping mechanisms. The positives can help you achieve great things.'

Calvin's project was supported by the Wellcome Trust.