Building a Picture of Abuse 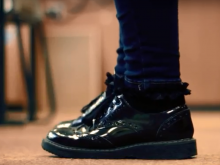 Building a picture of abuse 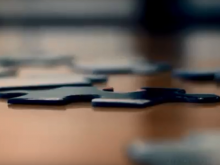 'Lena' wants teachers to better spot the signs of abuse 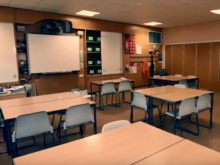 'Lena' hopes her film can help other victims of abuse

A bright student, middle-class upbringing and a seemingly supportive family, ‘Lena’ appeared to have the perfect life to the outside world.

What few people knew was that behind closed doors, she was actually living in an abusive household.

The young woman from Edinburgh, whose real name has not been used, endured an extremely strict childhood in which her parents were violent and emotionally controlling.

Diagnosed with depression and borderline personality disorder at the age of 17, she has now created a film with Fixers encouraging teachers and professionals to be better at spotting the signs of abuse in others.

‘My dad would often hit me as a child, but I just thought that was normal and that all kids must experience this,’ she says.

‘It started from when I was seven or eight right up until the age of 17. There were occasions when I felt I was in real danger and that I would get badly hurt.

‘He was really smart at where he would hit me so teachers couldn’t see my bruises.

‘My mother on the other hand, was extremely manipulative. She would tell my school that I needed to do better and made me feel like the punishment was my own fault.

‘I would flinch if anyone raised their voice suddenly in class, cry randomly and suffered from really low self- esteem. Part of me was afraid of telling anyone, but another part of me thought it was normal.’

‘Lena’ finally came to realise that her parents’ behaviour was anything but normal when she told her friends about what was happening.

Also turning to self- harm, she eventually got help through counselling sessions and medication to manage her emotions.

Now studying away from home and rarely in contact with her parents, she hopes her campaign will educate teachers and professionals about what to look out for if someone is being abused.

Her short film uses a jigsaw metaphor with pieces hidden around a classroom to show that signs of abuse can be like a puzzle that teachers have to put together.

By the end of the film, the finished jigsaw reveals an image of a young girl with no obvious signs of abuse, showing that it can happen to anyone regardless of social status.

‘Lena’ adds: ‘I’m really happy with the film. Fixers have come up with a really creative way of exploring the issue.

‘I’m planning to go back to my old school and speak to the teachers there and show them how my life has been affected.

‘Professionals have a responsibility to look after children and it’s important they question behaviour they see in the classroom or anywhere else.

'To many people, my life looked fine, but abuse can happen to anyone. Teachers in particular should know that they could be the only chance that child gets.’

Lena's project was supported by the Wellcome Trust.