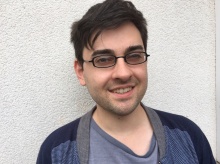 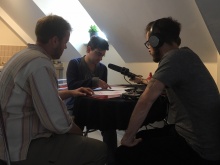 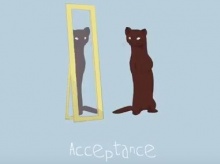 A scene from Chris's animation

A Bridgwater man has made an animation to encourage other people struggling with their mental health to accept themselves for who they are.

Chris Bird, 29*, has been diagnosed with conditions including Asperger syndrome and body dysmorphic disorder (BDD).

Working with Fixers, he wants people in a similar position to learn to embrace their differences just as he is doing.

‘Being different isn’t a bad thing,’ says Chris, who finds it hard to socialise and make friends.  ‘I’m the same as everyone else, I just think a little different and that’s ok.  It’s taken me a long time to accept that.

‘It’s not easy.  There’s lots of pressure to be normal and I do find it hard being me sometimes.  When I go outside, the world overwhelms me.  I get confused and I shut off.

‘But I want to show people that it’s ok to be who you are.  There’s no need to pretend to be anyone else as long as you accept who you are, there’s nothing wrong with being you.’

Chris was not diagnosed with Asperger syndrome – a form of autism - until the age of 24.

‘I am quite high functioning and at the mild end of the Autistic spectrum so it was overlooked for a long time,’ he explains.  ‘The diagnosis explained a lot after struggling throughout my school years to feel like I fitted in.  It was a relief as things finally made sense.  I could meet other people with Asperger syndrome and realised that I wasn’t the only person who felt like I did.’

For Chris, his BDD is the main thing he currently struggles with on a day-to-day basis.

It is a very debilitating condition in which sufferers develop the belief in that some aspect of their appearance, a bodily part or a bodily area, is defective in some way.

‘It’s very obsessional,’ says Chris.  ‘My mind can be dominated by thoughts about things I don’t like about my body.  It’s often the first thing on my mind in the morning and the last thing at night.  I also constantly feel the need to check my appearance in the mirror.

‘I compare myself to other younger guys and worry about whether I’m too skinny.  I avoid things like swimming where you have to take your top off, and wear jackets throughout the summer to hide my body.’

Hoping that as many people watch his animation as possible, Chris wants people in a similar situation to his own to realise that they are not alone.

‘Even if I just help one person to accept themselves that would be brilliant,’ he says

‘I am still working on it on a personal level but I am more accepting of myself now too.  I’ve come to realise that there are good things about having Aspergers, like the fact I can absorb lots of knowledge, memorise things and focus on detail for long periods of time.

‘There are things we can’t always change about ourselves so it’s about learning to accept those things, and liking ourselves for who we are.’

*Fixers sometimes works with people beyond the 16 to 25-year-old bracket.