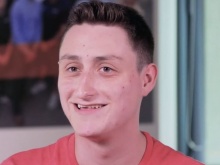 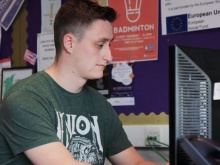 Martin has a degree and works for a charity in Coventry 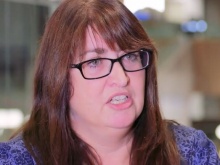 'I was written off in a sense. It was kind of assumed that I wasn't going to achieve or go to college or university, so I should just get on with my life.'

24-year-old Martin Berisford, who lives in Coventry, was diagnosed with autism as a child.

He feels his teachers at secondary school did not expect much of him because he was struggling with the social aspects of school life.

Martin's Fixers project is aimed at encouraging young people who have autism, or other challenges and disablities, to make sure they are not held back.

He told his story on ITV News Central on November 9th.

At age 16, Martin was transferred at 16 to a Special Educational Needs college, where he was assigned his own mentor - and since then, he has done well.

'They gave me personal one to one sessions and I was taught how to cope with emotions and deal with stress,' he says.

He has now graduated from Coventry Univeristy with a 2:1 in International Economics and Trade and has a job he enjoys, working for the Positive Youth Foundation in Coventry.

Martin thinks his earlier problems at school partly stemmed from trying to fit in and pretend he didn't have autism.

'I hated having the label autistic, so I decided to keep it secret. Only the teachers knew I had autism,' he says.

Covering up his condition was stressful.

'I kind of retreated into myself. At my worst I wouldn't talk to people, I wouldn't sleep, I wouldn't eat and that was all the result of trying to fit in,' he says.

'I would have been better off embracing the fact that I am autistic, because the stress of keeping up the lie that I am just someone in the crowd is not good.'

'Low expectations and low ambitions for disabled children is very common,' she says.

'If we don’t challenge and change these attitudes, we have statistics that are showing that 13 million disabled people in the UK are unemployed and unknown numbers are in low-skilled, under-employed jobs which are wasting their talents and skills.'

Martin says he hopes that through talking about his experiences, he will help other people to realise that whatever disability they have, it should not define or limit their lives.

'Out there in the big wide world, there are lots of people with various levels of disabilities who think that’s all they are - that’s not all you can be.

'All you need is the right people to give you a little push in the right direction like they did with me and your life will change for the better.'