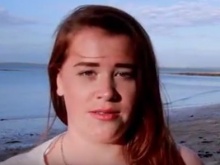 Caitlen is encouraging young people not to drink underage 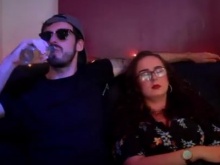 Caitlen and her group created a film to show the dangers of underage drinking, including being manipulated 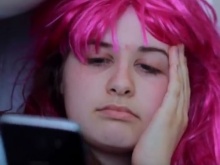 A teenager from Holyhead wants to encourage young people not to give in to peer pressure and put themselves in danger by drinking underage.

17-year-old Caitlen Middleton and her group say that young people abusing alcohol is common where they live.

They’ve made a film with Fixers to show some of the dangers that teenagers could be vulnerable to – including wandering off on their own, being manipulated by older people and embarrassment on social media.

‘As a group we put our personal experiences together and decided to mainly focus on peer pressure – so we gave it the name Beer Pressure,’ says Caitlen.

‘We filmed part of it in a dark forest and that was scary, which is the whole point. We want to portray underage drinking in a frightening way to try and encourage young people not to do it.’

The group want to share the film on social media as well as doing presentations in local schools and working on activities with groups of students.

‘There’s a lot of underage drinking where we are. The beach where we filmed is where it happens the most. People go there because it’s secluded and covered by the forest so no one can see or hear them,’ says Caitlen.

‘I went to a party and there were people about 13 and 14 drinking, and I was so shocked by that. They were so young and they were damaging themselves at such a young age.'

Caitlen, who is currently a Sixth Form student, hopes the film will encourage young people to stay safe.

‘If you don’t drink you can still have a nice time with your friends,’ she says.

‘I’d advise young people to think about their futures and themselves – it’s important to take care of yourself. Think about the damage you’ll be doing if you drink underage.’