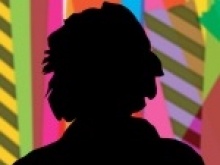 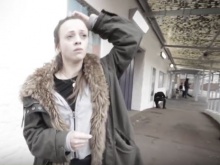 Actress in 'Guilty by Association' 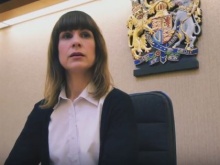 Actress in 'Guilty by Association'

A young woman from Kent is warning of the dangers of falling foul of a controversial law and its consequences.

‘Amy’, whose real name has not been used, is concerned that not enough people understand the joint enterprise law.

Working with Fixers, the 22-year-old has made a film based on her own experiences after she was nearly tried under the law.

She says she found herself almost facing a joint enterprise conviction after she tried to break up a fight which resulted in someone being stabbed.

While criminal law generally only holds offenders responsible for their own actions, under joint enterprise, someone can be found guilty for another person's crime.

Amy says she had no idea that one of the people she was with was carrying a weapon.

‘It’s a law that not many people know about,’ she says.  ‘I want to be a role model to young people and show them what happened to me, so they can avoid finding themselves in a similar situation.  I want something positive to come out of everything that has happened.’

Amy says if the man who was responsible had denied the stabbing, she and her friend would have been tried for the crime because they were also present at the scene.

The film – which is based on Amy’s experiences – has already been shown in a number of Kent schools.

‘I feel it is important for young people to know the dangers of 'being in the wrong place at the wrong time’ and the people you surround yourself with,’ she says.

‘I want them to gain more insight into the joint enterprise law through my project.’

A person can be charged under joint enterprise if they knowingly assist or encourage the crime and agree to act together with the primary offender for a common purpose.

For example, someone who did not inflict the fatal blow can nonetheless be convicted of murder.

And if five people were present at the scene when a brick was thrown at a house, they could all potentially be charged with criminal damage under joint enterprise if the perpetrator did not admit the crime.

‘When young people have been drinking it’s easy for them to act on impulse and lose sight of what’s right and wrong,’ says Amy.  ‘They can then find themselves in situations where things can quickly get out of hand.

‘They need to look at who they are hanging around with and what their intentions are because you can end up being tried under joint enterprise surprisingly easily.’