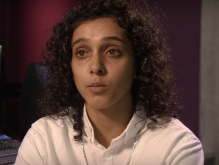 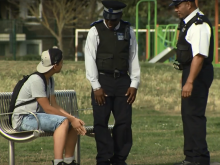 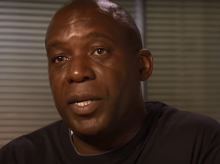 ‘When we were growing up, we felt like the police were there to bully us. Whenever we saw them we ran, which obviously made them feel like we had something to hide.’

A teenager from Hackney is campaigning to improve relations between the police and young people.

Pembe Tokluhan wants to bridge the gap by encouraging both sides to open up a dialogue and understand more about each others' lives.

With Fixers she has made a film which was broadcast on ITV News London.

The 18-year-old tells she used to run away whenever she saw the police.

She says: 'Whenever we did see the police we ran, which obviously made them feel like we had something to hide.

'There was a stage in my life where I did go down a very rocky path and I did do some bad stuff, but I’ve come out on the otherside of that.

'A lot of my friends are not here no more due to either being dead or in jail.'

Now Pembe is working as a sound technician. Her work brings her into contact with a band, whose members include police officers.

She says: 'They don’t come in their uniform. It’s completely changed my perception of how I look at them.

‘I hope my project makes a positive impact on the way we perceive each other. We reach out through music and it breaks the barrier because we’re all people in that room, we’re just a band.

‘By having fun days and actually learning who your community officers are and understanding that they are there to safeguard you rather than antagonise you, is very important.’

He says: ‘Young people feeling that they cannot trust the police.

‘If they’re in trouble or in fear of being attacked by somebody else, they won't go to the police.

‘They’re more likely to go and pick up a knife and try and defend themselves because that’s what they think is the way to sort their problems out.

‘Pembe’s campaign will help to encourage young people to reach out to the police and in doing so they are less likely to put themselves in dangerous situations.’