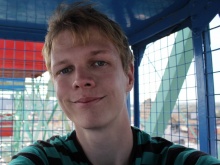 Fixer Nat Hawley has stopped seeing dyslexia as a disadvantage 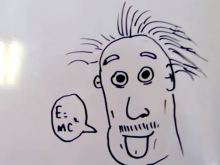 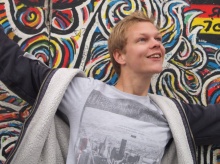 A man with dyslexia who says he felt inadequate at school has created a film with Fixers showing that people with the learning difficulty are anything but.

Nat Hawley, from Eastleigh, Hampshire, explains that people have outdated misconceptions about the condition, which can cause problems with reading, writing and spelling.

He says: ‘I always felt like I was stupid – not only could I not read - I couldn’t retain any information.

'Some people used to say that it was an excuse for not being able to spell.

‘It turns out I wasn’t stupid. I was the opposite, I was dyslexic.’

Now 24, Nat, who studied a degree in television production at Bournemouth University, says he has stopped seeing the condition as a disadvantage.

He says: ‘As a dyslexic, it is easy to see beyond the obvious. Finding patterns is second nature.

‘What I lacked in spelling, I more than made up for in my creative story telling.’

As he explains in the film, Nat overcomes problems caused by dyslexia, such as difficulty reading or taking notes, by listening to audio books or drawing pictures and symbols instead of writing words.

He says: ‘Everyone is different - you need to find out what works for you.

‘I hope this film will inspire other young people who have dyslexia to not just live with it, but embrace the good things about it.’

Nat, who plans to show the film in schools and youth centres, hopes it will help teachers understand how they can support students with dyslexia and identify new techniques for learning.

He says: ‘If you can overcome the problems caused by dyslexia, then you can stop seeing it as a negative thing.

‘If more young people had a different outlook on dyslexia, they’d probably feel more passionate and have more ambitions in life.

‘If you have dyslexia, don’t worry, just be creative. So what if you have to read a page ten times, the positives far outweigh the negatives. Never give up, and be proud of being you.’