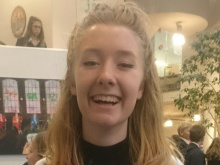 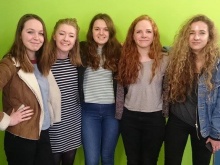 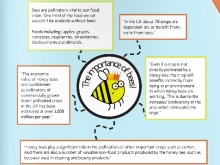 The group has created a bee friendly booklet

A group of girls from Wiltshire have made it their mission to protect bees following news that the population is in decline – and could pose potential risks to major crops.

Freya Pigott, 16, is heading the team from St John’s school in Marlborough, which is campaigning with Fixers to show people just how important bees are to 70 types of crops in the UK which rely on bees to pollinate them.

Bees are important because they pollinate a third of everything we eat and play a vital role in sustaining the planet’s ecosystem.

But last week, a UN body – the Intergovernmental Science-Policy Platform on Biodiversity and Ecosystem Services (IPBES) - said pollination, which is directly responsible for 5-8 percent of global agricultural production, is at risk.

Freya says: ‘The decline of the bee population is something that few people know about and even fewer people know how to act upon.

‘It is an issue that is happening so quickly - but we have the power to change the outcome.’

The group has created a booklet to help educate people on what they can do to help.

Freya says: ‘It makes me incredibly sad that the bee population is struggling, especially as a lot of it is down to human actions, such as mass-use of pesticides/insecticides and the dramatic loss of meadows for them to pollinate.

‘Humans can often take the outside world for granted, however it’s so vital that we care for this beautiful world we live in.’

Freya, from Devizes, Wiltshire, hopes the booklet will help people understand which plants to grow in their gardens that are bee friendly.

She says: ‘I want the local community to know that they have the power to make a difference and change what is happening.

‘They can do that by lobbying for certain pesticides to be banned, buy local honey or simply planting flower seeds.’ 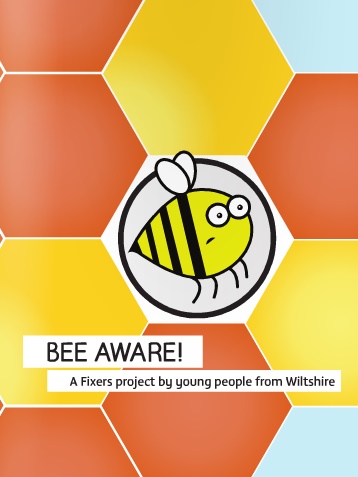 Freya hopes the community will pull together to tackle the issue.

She says: ‘Their extinction is preventable, however it’s down to everyone to act.

‘This is a problem that is affecting everyone and it’s crucial we join together in acting.’

The group plans to distribute their booklet to the local community with the help of Wiltshire Beekeepers Association.