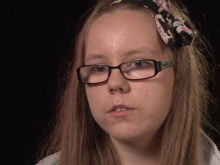 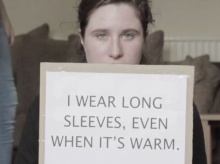 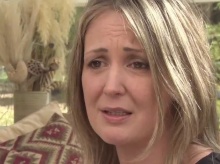 ‘It would’ve helped me if my friends had recognised that I was struggling. At the time they didn’t realise anything was wrong.’

Naomi Lea (17) from St Asaph in Denbighshire felt isolated and alone when she began to experience severe panic attacks a year ago.

She now wants to help other young people spot when someone they know has a mental health condition, so they can offer support to those who need it.

Her story was broadcast on ITV News Wales at Six on Thursday 8th October.

‘My panic attacks meant that I couldn’t stay in lessons. I couldn’t be around a lot of people and I self-harmed for a while because I felt so isolated,' explains Naomi.

‘The signs are always there and if you spot them you should be supportive. It doesn’t require a professional all the time to help someone. People just need to know someone cares.’

With Fixers, Naomi has helped create a film to highlight the traits and behaviours that could give cause for concern.

It shows a group of young people holding up signs to make clear that mental health conditions are noticeable if you’re aware of what to look for.

You can watch Naomi's Fixers film 'Spot the Signs' below.

Caroline Currie from Hafal, a charity for people with mental health conditions, supports Naomi’s project and appears in the TV broadcast.

‘We all understand that young people more readily relate to others their age who’ve been in a similar position.

‘It’s great that the project is raising awareness of mental health needs.’

Naomi adds: ‘If you know someone who is struggling, talk to them and show them they can get the help they need to get better.

‘I would be happy if more people were aware of the signs, so that young people could be supported.’

Naomi's project was supported by the Wellcome Trust