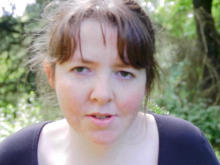 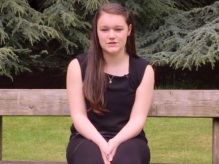 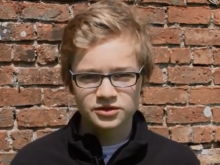 After they experienced bullying themselves, a group from Cookstown, County Tyrone want those with learning disabilities such as dyslexia and autism to be treated with more respect.

Eighteen-year-old Aine Owens and her team say everyone should be treated as an individual, free from hasty judgement.

‘Most of our group have learning disabilities and all but one of us has experienced bullying, name calling or abuse,' says Aine.

‘One of our members was waiting in a car park one time and someone drove past yelling “Retard.” That’s not nice.

‘We want to stop people picking on others like us. It’s wrong, but more than that, we want them to realise that it hurts us too.’

With the help of Fixers, the group has produced a film in which they describe the impact of victimisation … and that it’s not okay to treat them differently.

Watch their film 'Respect for Learning Disabilities' at the top of this page.

'It was a fantastic experience making the film and it looks great.

‘Most importantly, the message is loud and clear and it shows that people with learning disabilities do have a right to be heard.’

As well as sharing their film on social media and in schools, the group plan a launch event in Cookstown for local council representatives, youth leaders and the police.

Aine says: ‘It will be a chance to talk about why we wanted to do this project, what was involved and hopefully to encourage others to take our issue seriously.’