Circus Does The Trick 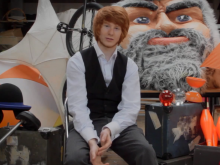 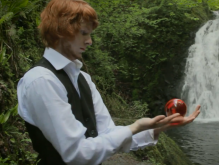 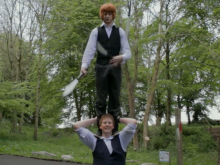 ​Edward Horner says there’s magic in the circus because it’s changed his life for the better … and learning traditional circus skills can help other people too.

The 19-year-old from Larne in County Antrim has Asperger’s syndrome, a form of autism that means he can often struggle to interact with other people.

But after discovering circus four years ago, he says he’s become more confident and now wants others to see what it can do for them.

‘I always struggled with my self-esteem and never found it easy to speak with people,’ explains Edward.

‘So when I first went along to a circus workshop , I never imagined I’d find something I loved.

‘I was able to pick things up very quickly and I now do a whole range of skills including diablo, juggling and unicycle … to name a few.

Working with his twin brother Thomas, who is also a performer at Streetwise Community Circus, Edward has helped to produce a short film showing the duo’s skills, and encouraging others to get involved.

Watch Edward’s film 'Circus Skills' at the top of this page.

‘I really like the film because it shows exactly what we do and gets the message across,' says Edward.

‘As well as wanting people to see the positives, we wanted it to help challenge the often negative stereotypes people have of the circus, which I think the film does.’

They plan to share their film on social media and also show it in secondary schools around Larne.

Edward says: ‘I want this film to inspire as many people as possible. It’s all about getting people to push themselves and try something new.

'Circus changed my life. Let it change yours.’