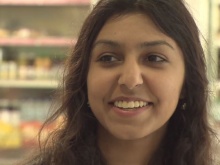 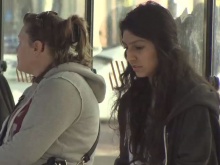 Hannah in the broadcast film 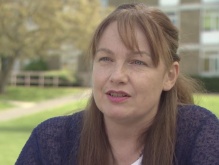 ‘A few years ago I started suffering panic attacks. It turned my world upside down and I went from being a normal person, who was able to take a bus and go out shopping, to being the complete opposite, where I just wanted to stay in my room and not go out.'

Hannah Kara (20) from Canterbury has experienced debilitating anxiety and now wants to encourage others to open up and talk about the mental health condition.

Her story was broadcast on ITV News Meridian (E) on Thursday 4th June.

In the TV piece, Hannah introduces a film she’s created with the help of Fixers, to show what it’s like to have a panic attack. She also discusses her campaign with others who have faced similar experiences.

‘When you are having a panic attack it has full-on physical effects,’ explains Hannah. ‘I couldn’t stop shaking, feeling nauseous, sweating and having a fast heartbeat.

‘After many attempts at describing what was going on, I was referred for cognitive behavioural therapy and my mind started to be retrained.

‘Life at the moment is so much better.

'Though I do still get nervous, it’s not as bad as it used to be. I just calm myself down and think positively.'

‘I think what Hannah has done is really courageous. She’s managed to show that social anxiety can be overcome,’ Lynne adds.

‘People who have panic attacks can often start to avoid social situations and that can mean they become isolated.

‘It’s important that people seek support because they can be treated.’

You can watch Hannah’s TV film at the top of the page.

This Fixers campaign is supported by the Youth Social Action Fund (YSAF).

Read more about Hannah’s campaign and watch her Fixers film.