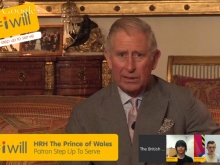 Prince Charles speaks about social action during a web chat 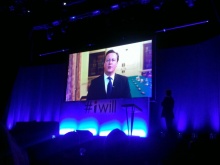 Fixers and #iwill ambassadors hear from the Prime Minister

Marking the first anniversary of an initiative to get more young people involved in social action, Fixers have been web chatting with royalty and sharing their stories with hundreds at The O2.

They’ve taken part in two celebratory events, a year after attending the launch of the #iwill campaign at Buckingham Palace.

Coordinated by the organisation Step Up To Serve, #iwill aims to increase the number of young people involved in social action by 50% by 2020.

This means getting more 10 to 20-year-olds to fundraise, volunteer, mentor and campaign for causes they feel passionate about.

Six Fixers are among 50 #iwill ambassadors, who’ve been recruited by HRH The Prince of Wales, Patron of Step Up To Serve.

They include 18-year-old Jordan Caldwell from Newtownabbey in Northern Ireland. His Fix is to raise awareness of anorexia among teenagers.

‘The amount of support you get doing social action is phenomenal,’ explains Jordan.

‘It might be hard to voice your opinion at the start, but if you’re willing to do it, then you can make a real difference.’

Jordan was among a group of young people who took part in a web chat with Prince Charles on Thursday 20th November.

The Prince of Wales was able to join in conversations with the group via webcam from Clarence House, asking questions of Jordan and fellow Fixer Devan Witter.

‘I’m very pleased with how it went,’ says Devan, who’s working with Fixers to help teachers tackle bullying in schools.

‘I was quite nervous at the beginning but it was a real honour to speak to him.

‘It’s something I’ll remember for the rest of my life.’

You can watch the web chat below.

Continuing the celebrations in London, Jordan and Devan were joined by Fixer Solomon Curtis on Monday 24th November.

Along with the remaining #iwill ambassadors and their guests, the group were taken on a boat trip along the River Thames.

Sharing their experiences of social action and celebrating their achievements, attendees heard from Paralympic swimmer Liz Johnson, before they arrived at an event at The O2.

Here, they watched video messages from Prince Charles and the three political party leaders, before being asked to share their stories with other invited guests.

The aim was to showcase the benefits of social action, to secure support from representatives from a variety of organisations.

‘It’s important for young people to get involved in social action – you can have fun while doing something to give back.’

Jordan adds: ‘The friends and connections you make through social action are all really inspirational people.

‘It makes you feel so good.’

Feeling inspired? Find out how you could get involved in
social action by becoming a Fixer.

Scroll down to see photos from the two events. 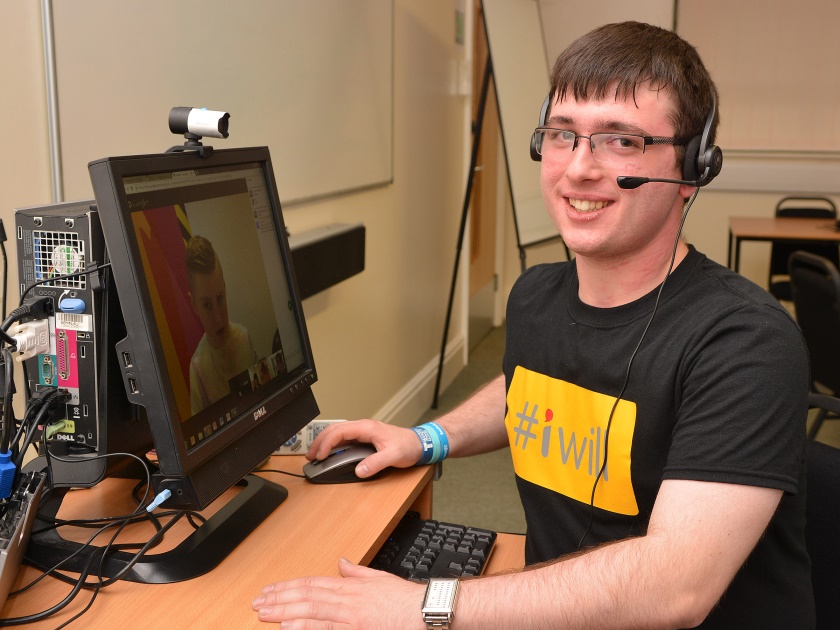 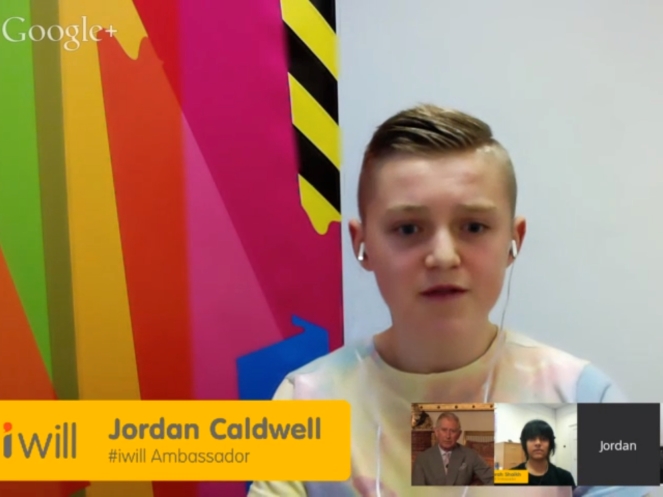 Jordan speaks to HRH The Prince of Wales via web cam 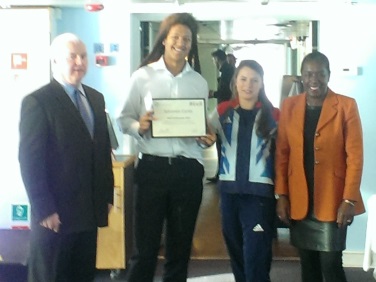 Fixer Solomon Curtis is pictured with (L-R) Professor James Arthur, Director of the Jubilee Centre for Character and Virtues at the University of Birmingham, Paralympic swimmer Liz Johnson and Jean Tomlin OBE, Step Up To Serve Trustee. 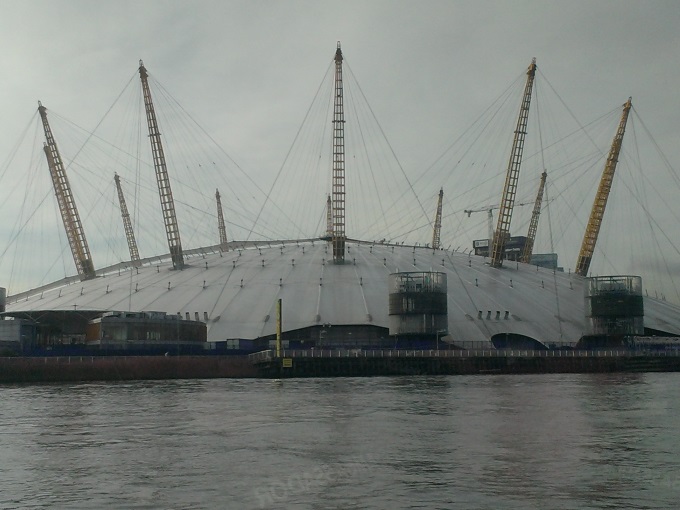 The #iwill ambassadors attended an event at The O2 in London 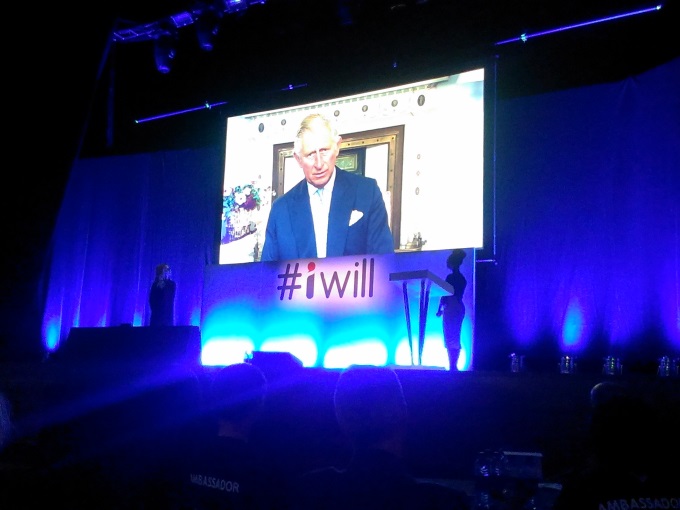 Those attending the event watched a video message from Prince Charles 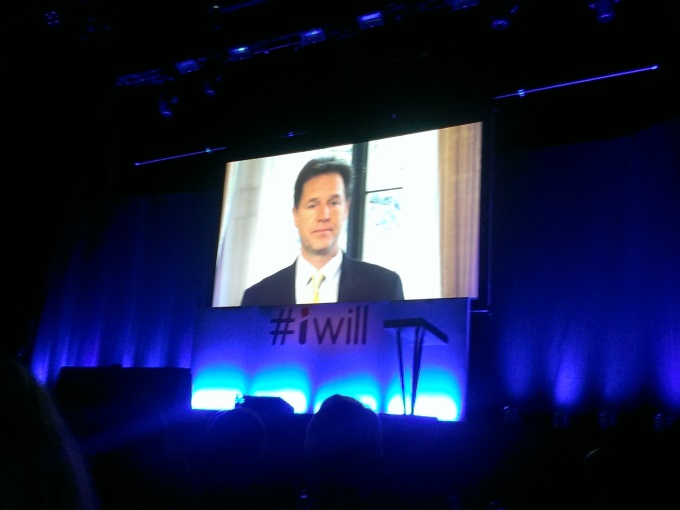 Nick Clegg, Deputy Prime Minister and Leader of the Lib Dems, recorded a video message to be played at the event 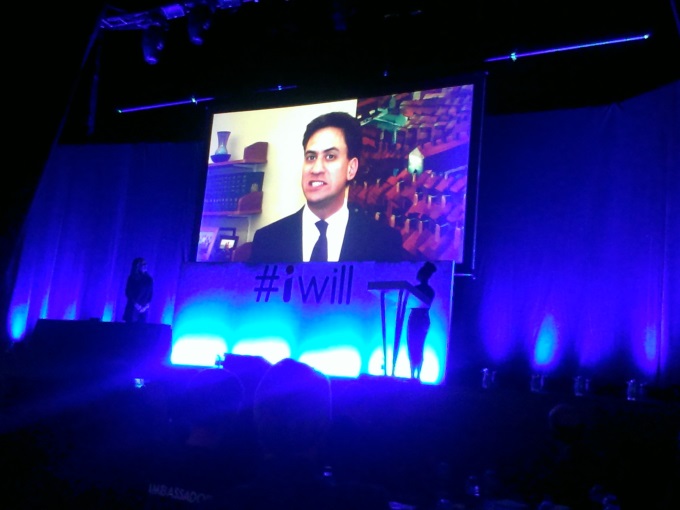 Attendees also heard from Ed Miliband, Leader of the Opposition