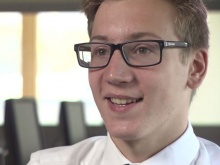 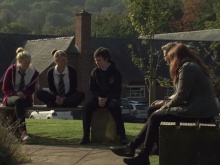 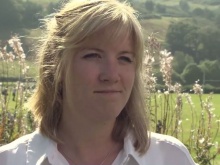 Drawing on their own memories of moving from primary to secondary school, a group of sixth-formers from Powys in Mid Wales want to make the transition less daunting for younger pupils.

Their story was shown on ITV News Wales at Six on Thursday 2nd October.

Led by 17-year-old Oliver Lanz, the team attend Ysgol Bro Hyddgen in Machynlleth. They hope their project will answer some of the key questions Year 6 students may have about the new school environment.

‘The night before you go, you don’t get enough sleep.

‘You’re awake constantly thinking, 'What’s going to happen? What do I do?'’

With Fixers, the group are helping to create a film to try to tackle some of the most common fears associated with beginning secondary school.

They hope to use it to prevent younger pupils from feeling scared and lost.

‘The sixth-formers came together to remember our worries from Year 7,’ Oliver says.

‘We chose the most frequent ones and turned them into questions to be answered in the video.

‘It features a little girl who’s recently finished primary school and has concerns.

‘Four kids in Year 7 appear to tell her they’re here to help. She’s able to ask them questions and they help her to relax.’

Catrin Hughes, Head of Year 7 at Ysgol Bro Hyddgen, appears in the broadcast in support of the campaign.

‘It’s great for the school itself and all the teachers,’ she comments.

‘A lot of the questions have been answered by the older pupils and it makes the school a happier place.’

Oliver adds: ‘The underlying message is that everyone is in the same boat.

‘Pupils moving up to secondary school are going to spend the next five years with the people they meet there. The idea is that they may as well not worry and get on with it.’