Know Your Pride Fix On ITV 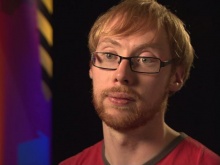 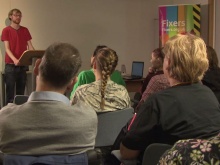 David speaks at the launch of his Fixers film 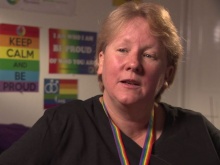 Keen for young people to stop using the word ‘gay’ as an insult, David Mills wants to reclaim the term and its more positive meaning.

His story was shown on ITV News Anglia on Thursday 4th September.

The 25-year-old from Norwich is encouraging others to think before they speak, and believes that raising awareness of the word’s origins will help combat its negative connotations.

‘A lot of young people use ‘gay’ to describe something which they don't like,' explains David.

‘Some might say “oh, it's just a word”, but I know how it affects people.

‘When I hear this negativity I wonder why someone is using my sexuality to describe something which is a bit second-rate.

‘For many of us who are gay, the word forms a really important part of our identity.'

With Fixers, David has helped create a film exploring the meaning of the word ‘gay’ and how this has changed over time.

Watch 'The Word Gay - Know Your Pride' below:

In the broadcast, David is seen showing his film at The Forum in Norwich.

One audience member commented: ‘As a parent, I’ve heard my children use the word ‘gay’ in a derogatory way.

‘I challenged it and I do think it’s the responsibility of parents to educate their children.’

Michelle Savage, a Youth Development Worker at the Norfolk LGBT Project, also appears in the broadcast in support of David’s campaign.

‘I think this is going to be a really powerful resource,’ she says.

‘It should really hit home for children why using ‘gay’ as an insult is such a harmful thing.’

David adds: ‘I hope when people see this film, they realise that words do actually matter.

See how a group of Scarborough Fixers aim to put a stop
to the discrimination faced by LGBT youth. 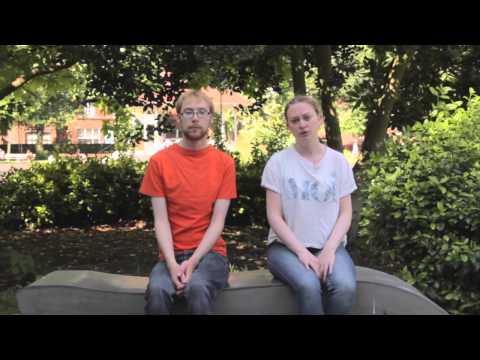