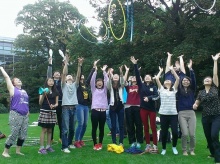 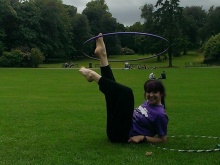 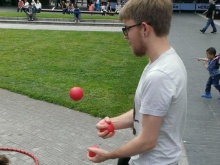 A group of performers are showing how learning a circus discipline isn’t just about clowning around - it's about gaining life skills.

Led by Graham Milligan (20) from Belfast, the team feel that activities such as juggling and acrobatics can boost self-esteem, increase fitness and expand social circles.

‘I got into juggling and diabolo about four years ago and it’s the best decision I ever made,’ explains Graham.

‘The idea of learning a difficult skill until you master it really appealed to me. It gave me a purpose and something to strive for.

‘Many people think the circus is a bit of fun, which it is, but it can also teach you to be more confident and make you want to become better at something.’

With Fixers, the group helped organise a National Circus and Juggling Day in Belfast, Manchester and Bristol on Saturday 14th June. The aim - to get more people interested in taking up a circus skill.

Participants had the chance to take part in workshops, learn how to juggle and watch circus performers in action.

One young person attending the Belfast event commented: 'I had no idea stuff like this happened here. I never knew I could hula-hoop, but with the right teacher, I had it in about ten minutes. It was great!'

Tom Butterworth, who led the Manchester gathering in Piccadilly Gardens, thought it was a great way of getting more young people interested in circus acts, or at the very least, finding a new hobby.

‘It was an overwhelming success,’ he says.

‘Everybody wanted to juggle, and as a circus teacher myself, it was very inspiring to see that others were learning something new.

‘Most people get nervous when asked to perform in front of a crowd, but it was surprising how much more confident everyone became.

‘It shows that learning circus acts can teach people genuine life skills. I want to thanks Fixers for helping organise the event and hope next year can be even bigger.'

Scroll down to see pictures from the different events. 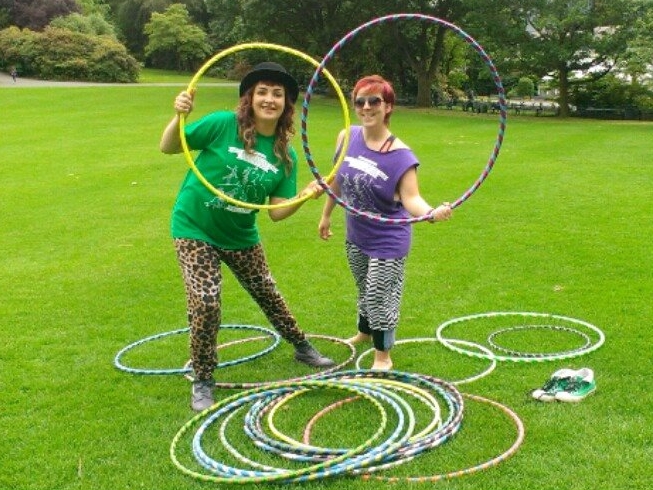 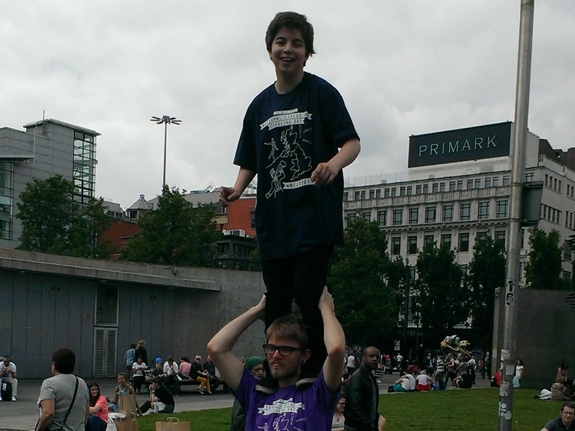 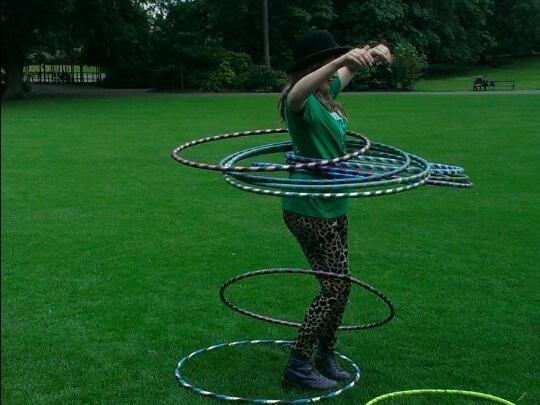